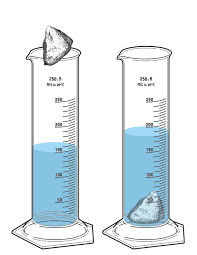 How is Displacement defined?

As this is a calculation that measures distance, its standard unit is the meter (m). For many applications in Physics concept of displacement is very useful.  Displacement is the difference between two positions of an object. It is a vector quantity because it has a direction and magnitude as well. It is represented as an arrow that points from the starting position to the last position.

For Example, if an object moves from the first position to the last position, then the object’s position changes. This change in the position of an object is referred to as displacement.

The Formula of Displacement

The official displacement formula is as follows:

Displacements are not necessarily always positive. It can be zero or negative as well. If the positive direction is to the right of the origin, then a negative displacement means that the object has moved towards the left of the origin.

Distance and displacement are two quantities that are similar. But these are having some differences also.

Q.1: What will be the displacement of a relay race team if they begin at the school, run 16 km and finish back at the school?

Solution: The displacement of the runners will be 0 km. While they have covered a distance of 16 km miles, they are not displaced at all. They finish from where they have started. Therefore, round-trip motions always have a displacement of zero.

Q.2:  A man travels 250 km to North but then back-tracks to South for 105 km, to pick up a friend. What is his total displacement?

Therefore the displacement will be 145 km towards North.