Energy is a very important concept in Physics. We can define energy as the strength to do any kind of physical activity. Therefore, we can say that Energy is the ability to do work. Resources are processed to get the energy that is used to provide light or heat for many purposes. We may also compare two persons and concluding that one person has more energy than another person. Thus, we can say that different types of energy can never be created nor destroyed. Also, energy can only be transformed from one form to another form. In this article, we will discuss the concept of energy and energy formula physics with examples. Let us learn the concept! 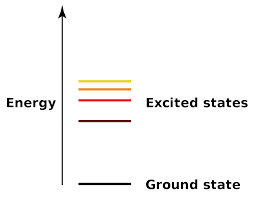 The SI unit of energy is Joules (J) which is also termed as Newton-meter. When a certain amount of force in Newton is applied to an object and it moved a certain distance in meters, then the energy applied will be Joules i.e. Newton-meters.

The formula for Energy:

Kinetic Energy: The energy exists due to the motion of an object is known as Kinetic Energy. For example, a moving van, flowing water, etc.

Potential Energy: This is the energy stored in an object due to its position and height. It is measured by the amount of work done. For example, a book on a table, water stored in a lake, etc.

Mechanical Energy: It is the sum total of potential energy and kinetic energy which is the energy associated with the motion & position of any object. Therefore, the formula of mechanical energy will be:

The law of conservation of energy is one of the basic laws of Physics. It states that “In a closed and isolated system from its surroundings, the total energy of the system will be conserved.” Thus energy can neither be created nor destroyed, although it can only be transformed from one form to another.

Formula for kinetic energy is: