All of us have at some point faced the issue of reaching to our hot coffee or teacup only to realize that is has turned cold. Similarly, you might also wonder sometimes why particular substances stay cool under the sun while others get hot. In this article, we will discuss how these objects cool and why this happens. In addition, you will learn about how to calculate this cooling as per newton’s law of cooling formula.

Newton’s law of cooling explains the rate at which a body changes its temperature when it is exposed through radiation. This is nearly proportional to the difference between the temperature of the object and its environment. However, don’t forget to keep in mind that the difference over here is quite small. 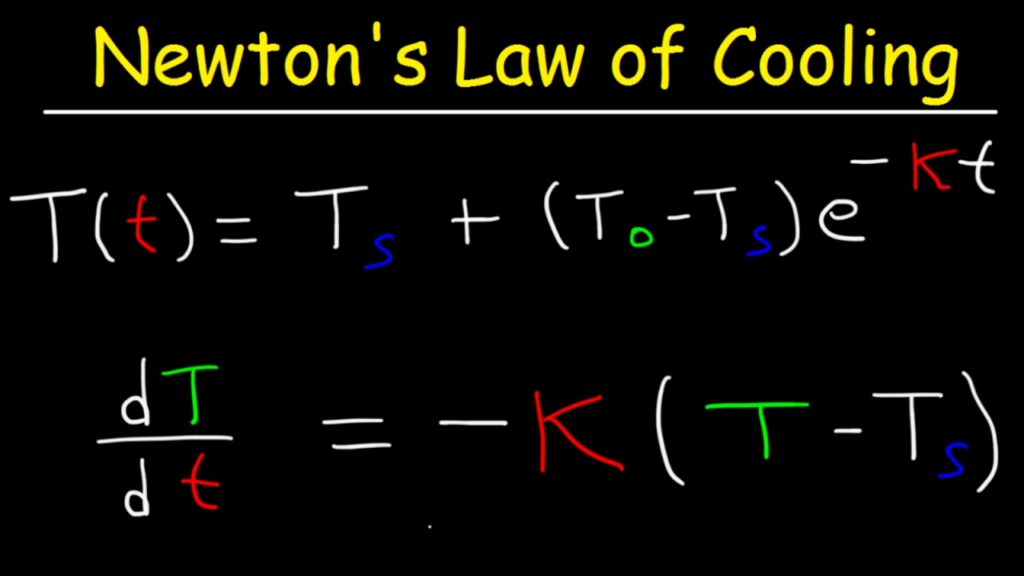 The great physicist Sir Isaac Newton produced a formula that calculates the temperature of a substance as and when it loses heat. Further, what happens over here is that the heat from the objects to its surrounding environment. Moreover, as we have said already that the rate of the change in temperature is proportional to the difference in temperature between the object and its environment; similarly, we can use the formula to find out the temperature at any point. As you know, the Kelvin (K) is the SI unit of temperature, don’t forget that we use degrees Celsius more often. Therefore, we have the formula as follows:

T(t) refers to the temperature of the object at a particular time (Kelvin, K)

Ts refers to the temperature of the surrounding environment (Kelvin, K)

T0 is the starting temperature of the object (Kelvin, K)

k refers to a cooling constant, explicit to the object (1/s)

The broth cools down for 20.0 minutes, that is:

Therefore, we can find out the temperature of the broth after the specified time applying the Newton’s law of cooling formula:

Therefore, we see that after the time duration of 20 minutes, the temperature of the broth is 306.224 K.