Let’s suppose you wish to cool down a beverage. Now, will the room temperature brought by you be sufficient to keep the beverage cool at the time of your party? Is there a way to know the time taken by the beverage to reach the temperature of the refrigerator? Yes, and that is known as the Newton’s Law of Cooling. What is it? Let’s find out more about Newton’s Law of Cooling.

Named after the famous English Physicist, Sir Isaac Newton, Newton’s Law of Cooling states that the rate of heat lost by a body is directly proportional to the temperature difference between the body and its surrounding areas. Given that such difference in temperature is small and the nature of the surface radiating heat remains constant. To put it in simpler terms, we may say that the hotter an object is, the quicker it cools down.

By temperature difference, we mean that any phenomenon which leads to the flow of energy into a system or flow of energy from any system into the surrounding area. In the former case, the object heats up, whereas in the latter,  the object cools down. Newton’s Law of Cooling leads to the often cited equation of exponential decline over time.

This can be applied to several phenomena of science and engineering which includes discharge of a capacitor and the decay in radioactivity. The law is helpful in the study of heating water as it can help us calculate what speed the heater in the pipes cools off. To understand the application of this law in a practical sense would be that if you are going on a vacation and turn off the breaker, it will be able to tell you how fast the water heater will cool down.

Calculating the Rate of Heat Transfer

When we apply the definition of Newton’s Law of Cooling to an equation, we can get a formula. So, as per the law, the rate of a body cooling is in direct proportion to the difference in body’s temperature. Therefore,

Note: the unit for thermal energy is joules. The formula derived from this equation is as follows:

The formula for thermal energy will be as follows:

Now let us calculate the rate of cooling.

Because we take mass and body heat as being constant, we can write the rate of change in temperature in the following manner:

The equation gives above demonstrates that with the increase in time, the difference in the temperature of the body and its surroundings, decreases, which means, the rate of temperature will also decrease. Now let us apply this formula to a few problems so that we can understand its applications in a better way. 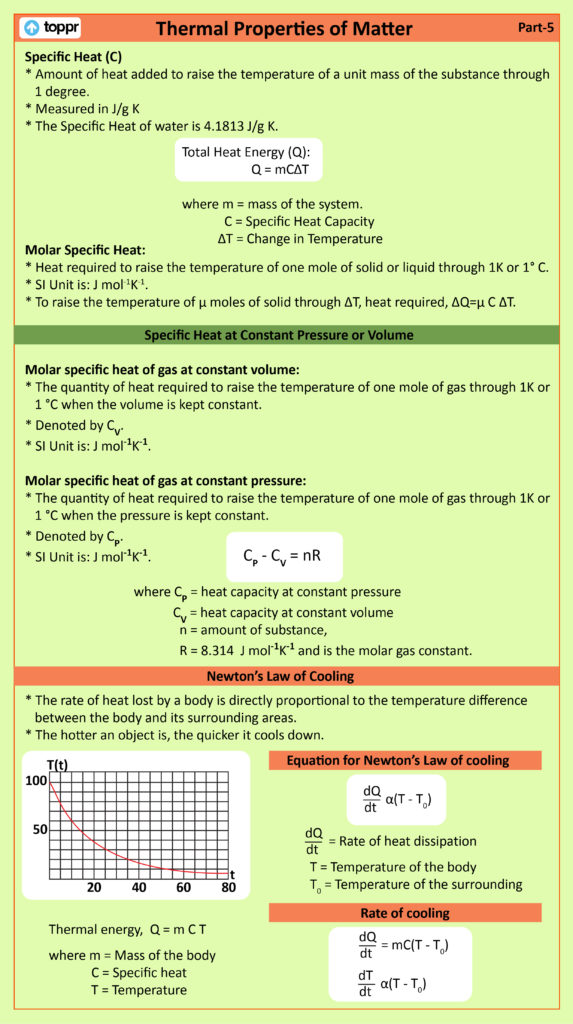 Sol: The time duration for the cooling of soup is given as 20 minutes. That is to say:

Which brings about t = 1200 s. Now, in order to calculate the temperature of soup after the said time, we will apply the following formula:

Therefore, the temperature of soup after a duration of 20 minutes will amount to be 306.224 K.