A wave is a disturbance that moves along a medium from one end to the other. We can watch an ocean wave moving along the medium i.e. the ocean water. Also, we may observe that the crest of the wave is moving from one location to another over a given interval of time. This crest is observed to cover the distance. As we know that the speed of an object refers to how fast that object is moving and is usually expressed as the distance traveled per unit time of travel. In this topic, we will discuss the wave speed formula with examples. Let us learn the concept! 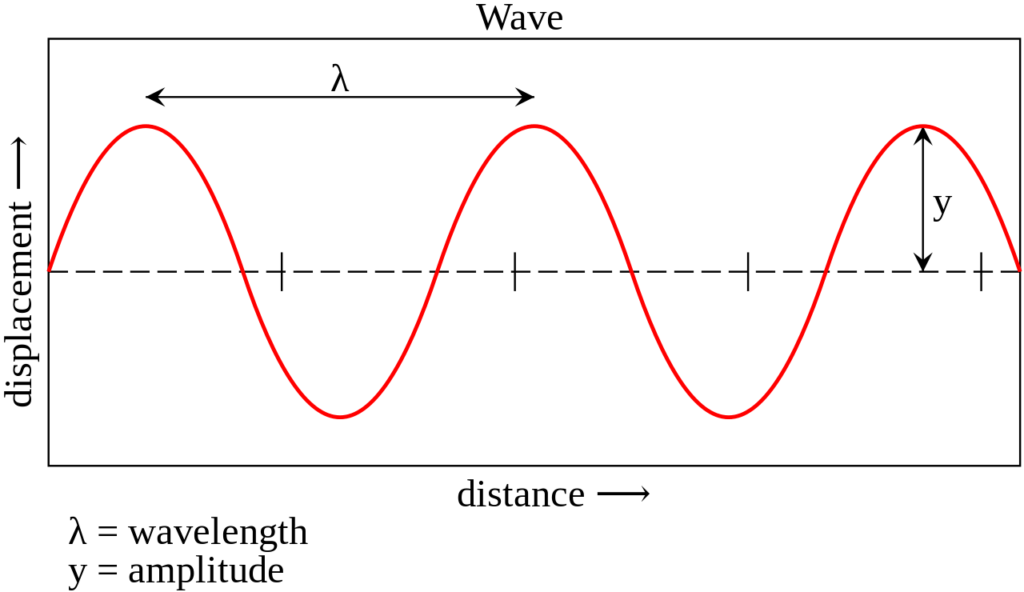 Table of content
1 Wave Speed Formula
1.1 What is a wave?
1.2 Formula
2 Solved Examples

What is a wave?

A wave is a kind of disturbance in a moving medium. Waves of the ocean move in a medium and we can see the movement of the wave from one point to the other. One can describe the motion of an object regarding the speed which describes the velocity of the object.

This wave is visualized when a source vibrates and disturbs a particle in the medium. We can also see it in the case of tuning fork or ripples in water when a body is dropped, etc.

Sometimes a wave may encounter the end of a medium. Wave introduced by someone into one end of a slinky will travel through it. Eventually, it will reach the end of the slinky and the presence of the hand of a second person. One important behavior of waves undergo at the end of a medium is the reflection. The wave will reflect on the person’s hand. When a wave undergoes reflection, it remains within the medium and merely reverses its direction of travel.

The number of waves traveled in one second is its frequency. Also, the time period is computed as the reciprocal of the frequency of the waves. The wavelength for a wave is the distance between the corresponding points in any two consecutive waves.

It involves wavelength and frequency of the wave, and is given by,

Q.1: A light wave travels with the wavelength 600 nm, then find out its frequency.

Given in the problem,

Q.2: A sound wave has a wavelength of 1.5 mm, then find out its frequency.

The frequency of the sound waves is 22.8 kHz.