Everybody has seen waves whether on TV or in real life. Also, surfers like to ride on them. But, the thing that people do not know is that there is a formula which we use to measure wavelength. Besides, we are going to describe the wavelength, wavelength formula, its derivation, and solved examples in this topic. Furthermore, after completely going through this topic you will easily be able to understand and calculate the wavelength of the waves. 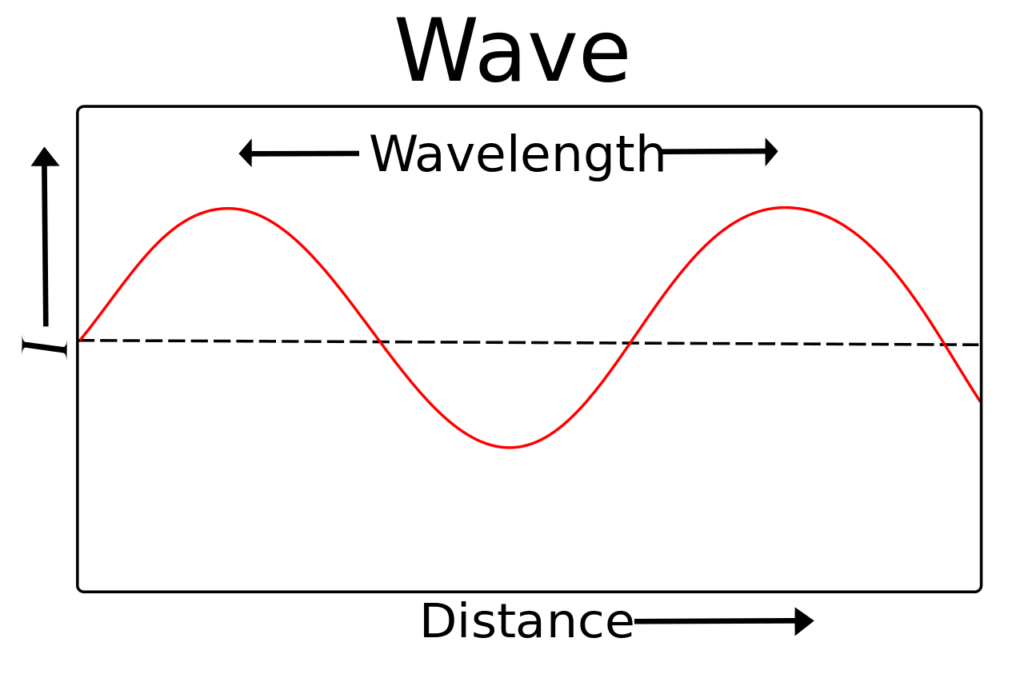 It refers to the movement on the surface of water due to the action of wind. Also, the friction movement between the air molecules and the water molecules causes energy to be transferred from the wind to water. Besides, in science wave is the transfer of energy.

In simple words, the wavelength is the distance between the crests of the wave. Also, many diverse things move in similar waves, like the water, strings, air (sound waves), the earth or ground, and light also can be treated as a wave.

\(\lambda\) = refers to the wavelength, the distance between the crests in meters (m)
v = refers to the velocity of the speed of waves are moving in a direction in meter per seconds (m/s)
f = refers to the frequency, the wave crests that go through a point in certain time cycles per second or hertz (cycles/s or Hz)

If the speed of sound is about 340 m/s and the frequency of the wave crest is 20.0 cycles per second (the low end of human hearing). Then, find the wavelength of the sound wave?

Firstly, note down what is given in the question
Frequency (f) = 20.0 cycles per seconds (cycles/s)
Wave velocity (v) = 340 meter per second (m/s)
Now put the values in the equation:

Suppose a motorboat makes waves while traveling across the surface of the lake. Also, the waves travel towards the shores at a velocity of 1.50 m/s. Furthermore, the distance between the wave crests is 2.0 m. So, calculate the frequency of the wave?

Let’s write down what is given in the question:

Furthermore, we have to rearrange the formula for calculating the answer:

So, the frequency of the wave is 0.75 waves per second.

Suppose the speed of sound is about 300.0 m/s and the frequency of the wave crest is 15.0 cycles per second. Then, find the wavelength of the sound wave that it creates?

Firstly, note down what is given in the question

Now put the values in the equation: