An electric circuit refers to a closed-loop via which a current can flow. Furthermore, the amount of current (amps) a circuit carries is dependent on the power and number of electrical devices whose connection is to the circuit. Also, electric circuit examples are direct-current circuit, alternating-current, series circuit, and parallel circuit.

An electric circuit refers to a path for the transmitting of electric current. Furthermore, an electric circuit consists of a device that provides energy to the charged particles that constitute the current, for example, a generator or a battery, computers, lamps, electric motors etc. 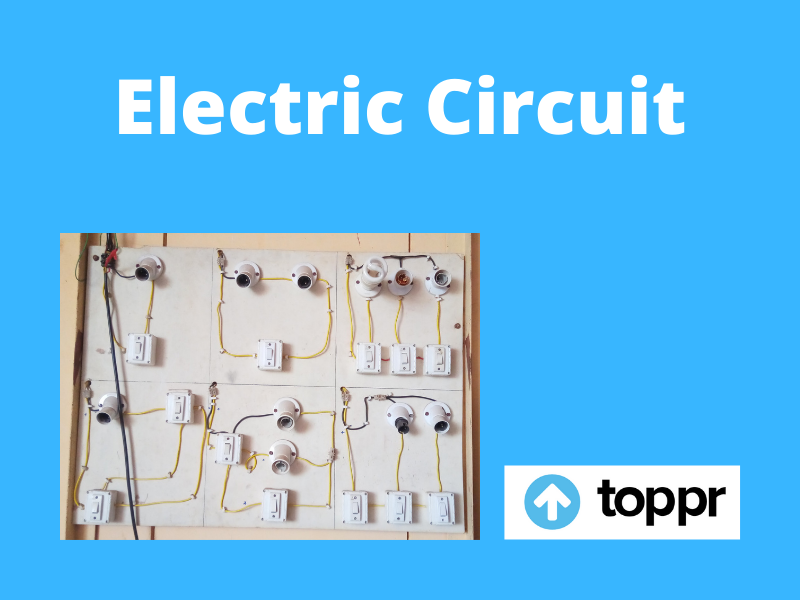 How do we Measure Electric Circuit?

For beginners, the simple circuits that involve only a few components are usually easy and not complicated to understand. However, things become more complicated when other components come to the party.

The main questions that need to be asked here are- Where will the current go? What would the voltage do? Can simplification take place for easier understanding?

The first thing whose discussion must take place is the difference between parallel circuits and series circuits, by making use of the circuits involving the most basic of components – batteries and resistors. This would certainly bring out the difference between the two configurations. Afterwards, exploration must take place regarding what happens in series and parallel circuits on the combination of different types of components, for example, the inductors and capacitors.

A series circuit is a circuit in which the arrangement of the resistors takes place in a chain, so the current will have to take only one path. Furthermore, the current happens to be the same through each resistor. Also, one can find out the total resistance of the circuit by adding up the individual resistor’s resistance values.

A parallel circuit refers to a circuit in which the arrangement of the resistors takes place with their tails connected together, and their heads connected together. Furthermore, one can find out the total resistance of a set of resistors in parallel by adding up the reciprocals of the resistance values. Afterwards, one must take the reciprocal of the total.

Derivation of the Formula of Electric Circuit

When the connection of a single resistor takes place in a circuit with a voltage source V, the current I via the circuit is given by Ohm’s Law:

Now let’s see what happens when we add a second resistor in series. Furthermore, series means that the resistors act like chain links, one after another. Moreover, we can call them as resistors R1 and R2.

Due to the linking of the resistors together, the voltage source V causes the flowing of the same current I through both of them.

From Ohm’s Law, we have come to know that for a circuit with a resistance R and voltage V:

Therefore, facilitating a rearrangement of the equation by multiplying both sides by R

So for resistor R1

and for resistor R2

Dividing both sides by I

However, from Ohm’s Law, we have come to know that V / I = total resistance of the circuit. Furthermore, let us call it Rtotal

So, one must add up all the values in order to get the total resistance of resistors connected in series.

Each resistor that exists in the circuit has the full voltage. According to Ohm’s law, the currents that flow via the individual resistors are I1 = V/R2, I2 = V/R2, and I3 = V/R3. Furthermore, conservation of charge implies that the total current happens to be the sum of these currents.

Carrying out a substitution of the expressions for individual currents gives:

This implies that a parallel circuit’s total resistance is equal to the sum of the inverse of each individual resistance. Therefore, for every circuit that has n number of resistors that have a connection in parallel,

Question 1: What is meant by electric circuit?

Question 2: Five 10k resistors and two 100k resistors are connected in series. What is the combined resistance?

To further simplify the arithmetic involved, it would be better if the values are written in scientific notation.

So for a series circuit: