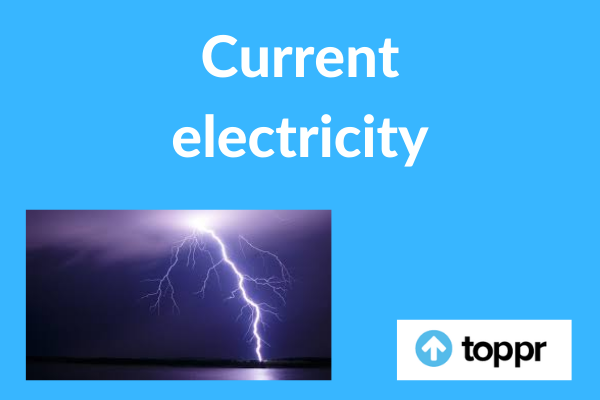 With the variety of context, this word may refer to “electric charge”, “electric power” or the “electric energy”. We are generating the current electricity by the following methods.

Atoms are having three types of particles – protons, electrons and neutrons. Protons and Neutrons exist within the centre of the atom i.e. Nucleus. Whereas, the electrons move around the nucleus. These electrons are also having some energy. Neutrons are having neutral charge and protons are positively charged.

Atoms in the conductor consist of free electrons which move gently. This movement of these electrons in the atoms is irregular and undirected. It means, there is no flow in any particular direction. With the voltage to the conductor, these free electrons move in the same direction and hence creates current. Thus, the current is the flow of electrons i.e. the charged particles through a conducting medium.

Thales has introduced the concept of electric power in nature. He discovered the notion of static electricity by rubbing amber with the section of fur. Amber is the fossilized wood. When amber rubbed with fur or cloth, then it will attract small pieces of dust and others. Due to this, other objects are caused by the effect of static electricity. This word has the origin of ‘Elektron’ which means amber. It was discovered by William Gilbert, who also invented the science of magnetism.

Later Benjamin Franklin stated that electric charge is of two forms, which are positive and negative. His kite experiment proved that lightning is static electricity. Electric Current was not fully considered up to the time batteries were designed. Further, Alessandro Volta invented the electric battery.

Michael Faraday was another great scientist who has made major discoveries in this field. He invented the concept of electromagnetic induction. He found out that varying magnetic fields are capable to produce the electricity in the electric circuit. Also, he mentioned that kinetic energy can be converted further into electrical energy using the property of electromagnetic induction. This principle is useful in the electric transformer and generator.

Thomas Alva Edison was a great scientist, who invented the electric bulb. The invention of the bulb was an important point in the field of electricity. HE invented the concept of the direct current system of generating power. Further, Nikola Tesla invented the alternating current system and hence he developed ac motor.

Lightning is one of the popular examples of static electricity. It is possible due to the attractions of opposite charges which forms by the friction between the air, water droplets and the ice particles. Static electricity is in use in Xerox machines, laser printers, crystal microphones etc. Sometimes electric shock may appear while touching an object with a high electric charge.

As we saw that Electrical Current is the flow of charged particles. It means the flow of charges will be constant in the current electricity. The electrons in the current flow from negative to positive. This is because the electrons flow in its opposite direction. Also, the electric current flows from higher electric potential to lower electric potential. In the DC electric charge flows in one direction. But, in AC the direction of the electric charge changes sporadically. DC current is possible from cell or battery. AC current is possible from the AC generator and mains.

Some facts about Current Electricity:

Q.1: What is the main cause of electric current?

Solution: A sufficient electromotive force or voltage, will produce the charge imbalance. It will cause further for electrons to move through a conductor like an electric current.

Q.3: How to produce electricity?

Solution: Power plants are converting the resources like oil, coal, water, sun, wind and natural gas into the electricity. For this conversion, high-pressure water or steam activators are used to move the turbine, attached with the generator. This turning movement rotates a large magnet inside of loops of wire in the generator. With the spinning magnet inside the coils of wire, electricity generates.

Q.4: How electricity reached to us?

Solution: After the production of electricity through a power plant. Further, it is delivered to the substation via some power grid of high-voltage transmission lines. Here, the voltage is reduced and the electricity travels from there to our houses. Thus, it is done through overhead or underground distribution lines.