Faraday’s law serves as a succinct summary of the ways by which the generation of a voltage (or emf) can take place by a changing magnetic environment. The induced emf in a coil happens to be equal to the negative of the rate of change of magnetic flux times the number of turns that exist in the coil. Moreover, it facilitates the interaction of charge with a magnetic field. 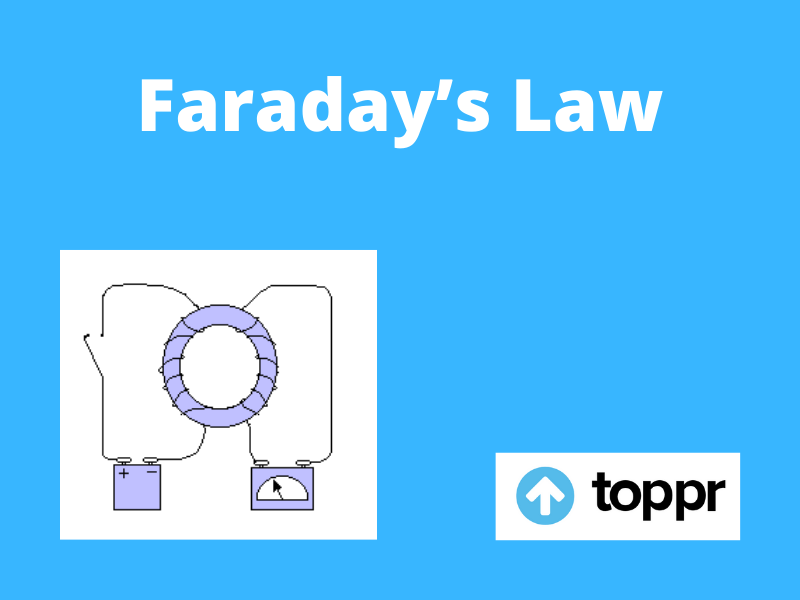 Michael Faraday has said that there are two laws of electromagnetic induction. Furthermore, these two laws are below:

I Law: Whenever a change takes place in the magnetic flux whose linking is with a circuit, an emf current is induced in the circuit. Moreover, the duration of the induced emf is as long as the change in flux persists.

II Law: The magnitude of the induced emf happens to be directly proportional to the rate of the change of magnetic flux whose linking is with the circuit.

Faraday’s second law of electromagnetic induction explains that the induced emf in a coil happens to be equal to the flux linkage’s rate of change. Furthermore, the flux happens to be the product of the number of turns in the coil and the flux whose association is with the coil. Moreover, the expression of the formula of Faraday’s law is as:

ε is the electromotive force

Additionally, there is another important law called Lenz’s law that tells us information about electromagnetic induction as well.

Consider a Faraday’s law experiment in which a magnet is approaching towards a coil. This would help in getting the Faraday’s law formula. Furthermore, consider two-time instances T1 and T2.

Change in the flux linkage is shown as

Furthermore, one can consider this change in flux linkage as

Hence, the expression of the change in flux linkage is as

On taking the derivative of the above equation, one would get

According to Faraday’s second law of electromagnetic induction, the induced emf in a coil is certainly equal to the flux linkage’s rate of change. Therefore,

From the above equation, the following can be concluded

Question 1: What is meant by Faraday’s law?

Answer 1: Faraday’s law tells us as to how the production of a magnetic field takes place by an electric current and also how a change in the magnetic field results in the creation of a current via the conductor.

Question 2: Give any two applications of Faraday’s law?