Suppose while shopping you go cashless and  your parents use cards. The shopkeeper always scans or swipes the card. Shopkeeper does not take a photo of the card or tap it.  Why does he swipe/scan it? And how does this swiping deduct money from the card? This happens because of the ‘Electromagnetic Induction’.

Can moving objects produce electric currents? How to determine a relationship between electricity and magnetism? Can you imagine the scenario if there were no computers, no telephones, no electric lights. The experiments of Faraday has led to the generation of generators and transformers. 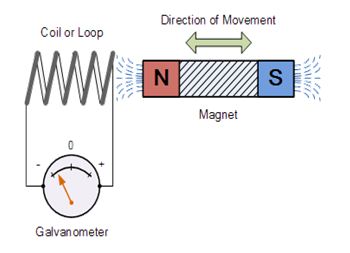 This law of electromagnetic induction was found by Michael Faraday. He organized a leading wire according to the setup given underneath, connected to a gadget to gauge the voltage over the circuit. So when a bar magnet passes through the snaking, the voltage is measured in the circuit. The importance of this is a way of producing electrical energy in a circuit by using magnetic fields and not just batteries anymore. The machines like generators,  transformers also the motors work on the principle of electromagnetic induction.

Based on his experiments we now have Faraday’s law of electromagnetic induction according to which the amount of voltage induced in a coil is proportional to the number of turns and the changing magnetic field of the coil.

So now, the induced voltage is as follows:

Lenz law of electromagnetic induction states that, when an emf induces according to Faraday’s law, the polarity (direction) of that induced emf is such that it opposes the cause of its production.

According to Lenz’s law

By Lenz law of electromagnetic induction, the current swirls in such a way as to create a magnetic field opposing the change. Because of the tendency of eddy currents to oppose, eddy currents cause a loss of energy. Eddy currents transform more useful forms of energy, such as kinetic energy, into heat, which isn’t generally useful. In many applications, the loss of useful energy is not particularly desirable, but there are some practical applications. Like: 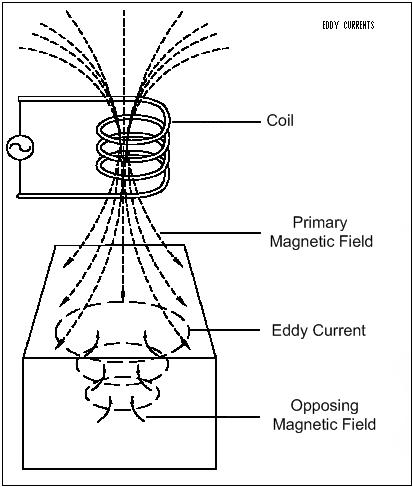 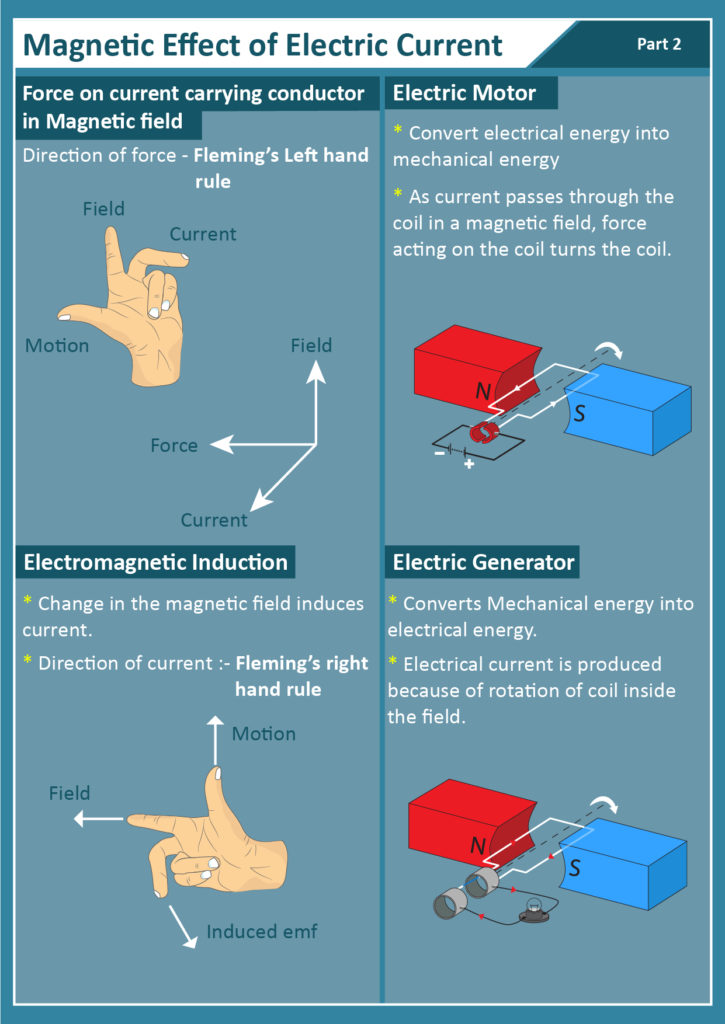 One of the important application of electromagnetic induction is the generation of alternating current. 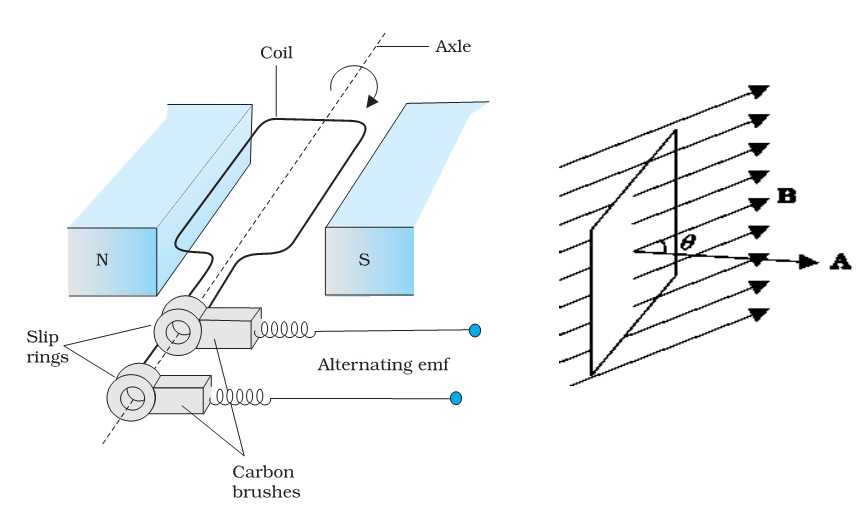 The AC generator with an output capacity of 100 MV is a more evolved machine. As the coil rotates in a magnetic field B, the effective area of the loop is A cosθ, where θ is the angle between A and B. This is a method of producing a flux change is the principle of operation of a simple ac generator.  The axis of rotation coil is perpendicular to the direction of the magnetic field. The rotation of the coil causes the magnetic flux through it to change, so an emf keeps inducing in the coil.

Another important application of electromagnetic induction is an electrical transformer. A transformer is a device that changes ac electric power at one voltage level to another level through the action of a magnetic field. A step-down transformer is the one in which the voltage is higher in the primary than the secondary voltage. Whereas the one in which the secondary voltage has more turns is a step-up transformer. Power companies use a step transformer to boost the voltage to 100 kV, that reduces the current and minimizes the loss of power in transmission lines. On the other end, household circuits use step-down transformers to decrease the voltage to the 120 or 240 V in them.