The ICAI recognizes the need for a global standard in these global times. Thus, the Government of India along with ICAI decided not to adopt the IFRS the way they are. Instead, it introduced the Indian AS, popularly known as Ind AS. Let us take a look closure look at Indian AS; its history and a few of its main concepts.

The Institute of the Chartered Accountants of India (ICAI) is the body that sets up the Accounting Standards in India. In 2006, ICAI initiated the process of shifting towards the International Financial Reporting Standards (IFRS). International Accounting Standards Board (IASB) issues the IFRS. The purpose of the ICAI to shift towards the IFRS is to increase the acceptability and transparency of the financial statements of the Indian corporates on the global platform.

The government and ICAI first analysed the requirements of IFRS in detail. They then decided to converge it. Accounting Standards Board (ASB) has formulated the Ind AS. It has tried it’s best to keep them in line with the IFRS. Only absolutely essential changes were made.

Indian AS (Ind AS) are IFRS converged standards. They are named and numbered in the same way as their corresponding IFRS. National Advisory Committee on Accounting Standards (NACAS) recommended these standards to the Ministry of Corporate Affairs. Ministry of Corporate Affairs (MCA) makes Ind AS applicable on the companies in India. So far 40 Indian AS have been issued. 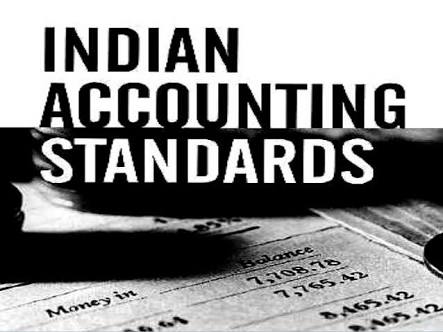 The significance of Indian Accounting Standards

Ind AS is based on They facilitate the cross-border flow of money, global listing and global comparability of the financial statements. This, in turn, facilitates global investment and benefit to capital market stakeholders. It enhances the investor’s ability to compare the investments on a global basis. This, in turn, reduces the risk of misjudgments. It also eliminates the costly requirements of reinstatement of financial statements.

Ministry of Corporate Affairs has notified phase-wise adoption of Ind AS. Specific classes of companies based on their Net worth and listing status helps in this notification.

From 1st April 2016, Indian AS became mandatorily applicable to all companies provided:

From 1st April 2017, Indian AS mandatorily applicable to all companies provided:

Indian AS became mandatorily applicable to all Banks, NBFCs and Insurance companies with effect from 1st April 2018, provided:

IRDA has notified a separate set of Ind AS for Banking and Insurance Companies with effect from 1st April 2018. Core investment companies, stockbrokers, venture capitalists, etc. are all included in NBFCS.

From 1st April 2019, Indian AS mandatorily applicable to all NBFCs provided:

Companies can follow Ind AS either voluntarily or mandatorily. But, once a company starts following Ind AS, it cannot revert back to its old method of Accounting.

Once Ind AS becomes applicable to a company then, it shall be automatically applied to:

irrespective of individual qualification of such companies.

Q. List the kind of changes made in IFRS while formulating Ind AS?

Ans: ICAI has, while formulating the Ind AS, tried as far as possible to keep them in line with the IFRS and have made changes only where it was absolutely essential. Some of the main changes are:

Share with friends
Previous
IFRS and Convergence with AS
Next
Wheatstone Bridge, Meter Bridge and Potentiometer

Is their any similarities between IFRS and Ind AS ?