Pie charts are different types of data presentation. This data is presented in the form of a circle. There are segments and sectors into which a pie chart is being divided and each of these segments and sectors forms a certain portion of the total(in terms of percentage). In the pie-chart, the total of all the data is equal to 360 degrees. The degree of angles that are used to represent different items are calculated in the form of proportionality. Let us know more about them.

In pie charts, the entire diagram looks like a pie and the components in it resembles the various slices cut from the pie. The pie-chart is thus used to show the break-up of one continuous variable into its components parts. 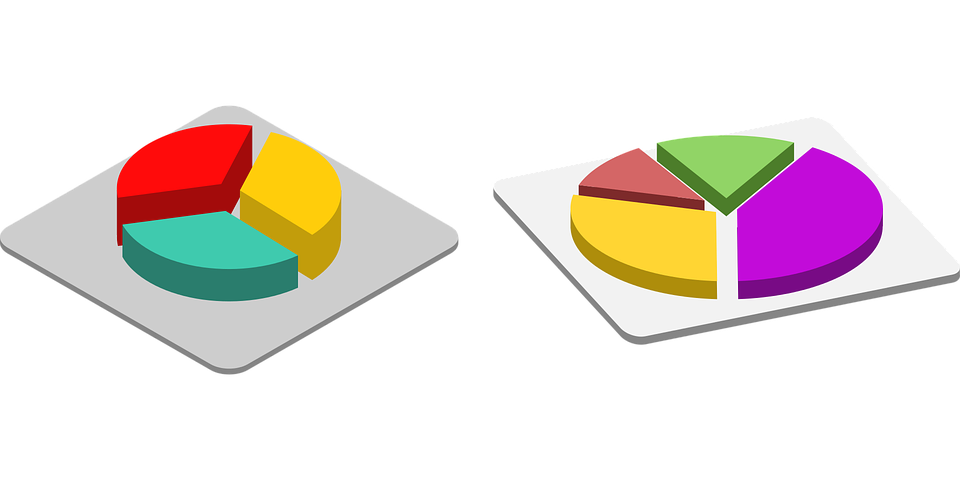 For, the example you can see the distribution of sales of the laptop industry between five companies: 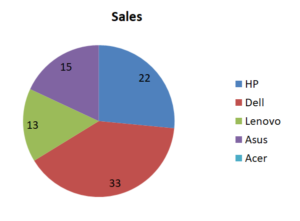 The following pie-chart shows the market share of different banks in India. Based on this pie-chart determine the questions given below. 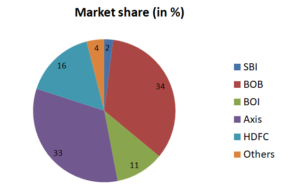 This is the most common question asked in the pie chart section. You will be given the share price and based on its comparison with the percentage given in the question you need to determine the answer. Thus, in this question, you can see that BOI accounts for 11 % of the market share. And this 11 % is equal to the 4000 crores. So to calculate the total market share of BOB and axis the formula will be, 67/11 x 4000 = 24,363. Thus, the correct answer is A.

3. Find the approximate ratio of market share between BOI and BOB.

The following pie-chart shows the distribution of the household items used in the house throughout the year. The information given is in terms of percentage. Study the graph and answer the questions below: 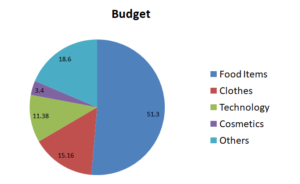 Q. Which of the following items are displayed in the ratio of 1:15.

3. If the value of the next budget is twice that of the current one with the break-up of the items being the same, then the ratio of the expenditure on clothes to that of others will be near to…