This section comprises of questions in which certain data regarding common disciplines as production over a period of few years, a factory, student report cards, students applying for and qualifying a certain field of study etc are given in the form of a table. The candidate is required to understand the given information and thereafter answer the given questions on the basis of comparative analysis of the data. 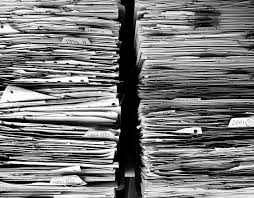 Thus, the data collected by the investigator is arranged in a systematic form in a table called the tabular form. In order to avoid some heads, again and again, tables are made consisting of horizontal lines called rows and vertical lines called columns with distinctive heads, known as captions. Let us see some questions of the tabular form below.

Directions (Qs. 1-5) study the following table and answer the questions given below it.

Production of sugar by six major production units of India in Million Tonnes:

1. In which month unit B has a contribution of approximately 15% in the total sugar production?

2. Which of the following units shows continuous increase in production of sugar over months?

3. In the case of Unit E, in which of the following pairs of months the production of sugar was equal?

4. In the month of June, how many units have a share of more than 25% of the total production of sugar?

5. What was approximate percentage decrease in sugar production of unit B in June as compared to April?

Directions (Questions 1 to 6): Study the following table and answer the questions based on it.

The number of candidates appeared qualified and selected in a competitive examination from five states Delhi, H. P., U. P., Punjab and Haryana over the years 1994 to 1998.

Q1: In the year 1997, which state had the lowest percentage of candidates selected over the candidates appeared?

Q5: For which state the average number of candidates selected over the years is the maximum?

Directions (Questions 1 – 4): The following table gives the percentage distribution of the population of five states, P, Q, R, S and T on the basis of the poverty line and also on the basis of sex. Study the table and answer the questions based on it.       [Bank PO 2000]

Q1: What will be the number of females above the poverty line in the State S if it is known that the population of State S is 7 million?

Q2: If the male population above the poverty line for State R is 1.9 million, then the total population of State R is:

Q4: If the population of males below the poverty line for State Q is 2.4 million and that for State T is 6 million, then the total populations of states Q and T are in the ratio:

Share with friends
Previous
Polynomials
Next
Classification of Metals, Conductors and Semiconductors