A bar graph is a pictorial representation of data in the form of bars or buildings on a graph. Banking exams such as IBPS PO, SSC, IBPS clerk, etc. will have a special focus on the data interpretation. Every year there are 3-4 questions on this topic in such exams. Let’s see the different types of questions and methods to solve them accurately.

A bar graph is nothing but a pictorial representation of data wherein every independent variable attains only discrete value. They are used for representing various types of data.

The bar graph is one of the frequent methods used to present various types of data. It is usually asked in the data interpretation section of the competitive exams. In data interpretation, it is the representation of data where the vertical bars are placed at equal distance from each other. The value of the data represented is given by the height and length of the bars. The width here is not important it is only used so that the presentation is clear.

There are types of bar graphs used to represent the data. They are as follows.

As the name suggests simple bar chart is the simplest bar graph of all. It is used to describe one continuous variable along with the one discrete value. The figure below shows the proper representation of a simple bar chart. 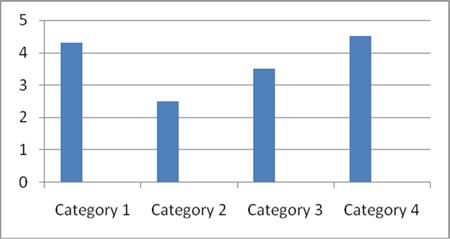 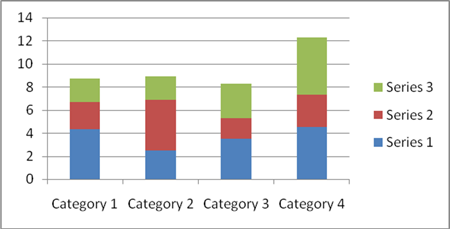 Stacked bar charts are used to represent the break-up of the content for continuous variables. It is very convenient to use it for comparing different sets of data. It can be used to represent factors such as revenues, profits, losses over a period of couple years. The figure below describes the same. 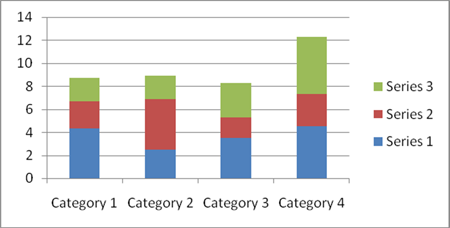 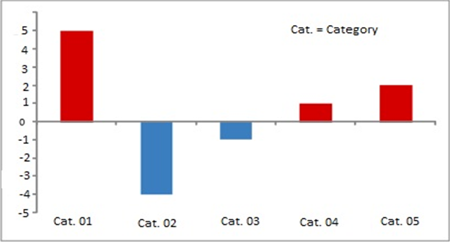 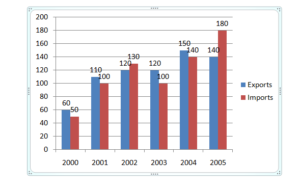 Q. Out of the given years, in how many did the export was more than 10% as compared to the import?

Q. For all the years mentioned what is the average of the exports?

Q. From the numbers given in the figure below, what will be the average annual growth for the imports done from 2001 to 2005?

Q. From 2000 to 2005 in which was the growth in imports as compared to the previous years was the highest?

Thus the correct answer is A. This type of questions can be solved quickly if you compare the base for every year. Here for 2001, the base value is 60 and thus chances are high the growth in 2002 must have been higher. You can look for this in the exams and start by solving 2002. This will save a lot of your time.

Q. In the following graph, the increase in the wheat over years is shown. Based on this answer the questions below. 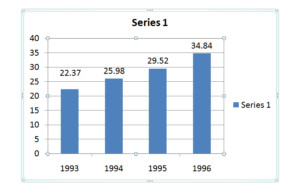 1. How much does the wheat grow in 1994 as compared to the previous year?

Ans: The correct answer is C.

Ans: The correct answer is A.

Ans: The correct answer is B.