The diet of various animals helps us categorize them into various types. As we know there are mainly three categories of herbivores, carnivores, and omnivores.

This categorization is mainly done on the basis of the diet they intake. While herbivores are ones who only eat plants and carnivores are ones that only consume meat.

Similarly, omnivores are those that feed on other animals and plants for their nutritional needs. There is not an exact definition of this term and mostly means one who consumes both plants and animals. There are various species which are omnivorous other than human beings.

Omnivores are species whose diet consists of plants and animals. As we know that certain animals stick to only plants and the other solely to meat, but that is not the case with omnivores.

They are unique and consume both of these in order to survive. It makes their survival easier as they get alternatives very easily in the environment. 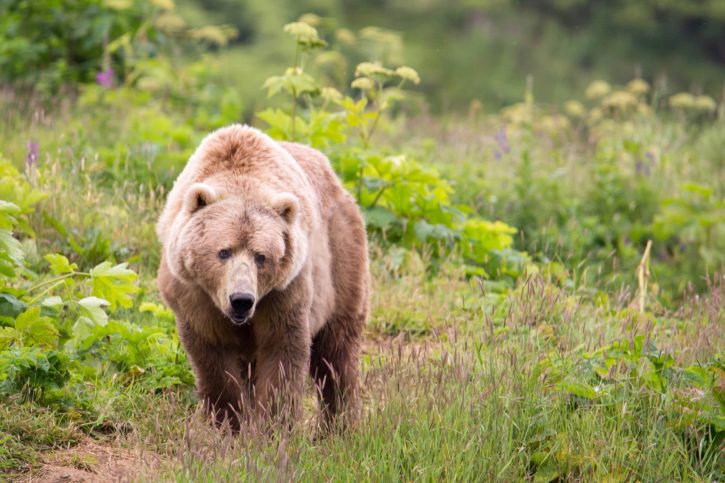 Similar to carnivores, they also hunt their prey and also like herbivores they consume plant matter. Other than that, omnivores also are known to eat dead decaying matter.

This means this category also comprises of scavengers. Therefore, an omnivore can easily obtain food as they more options compared to the other two.

Just like herbivores and carnivores have special features which help them adapt to their dietary needs and environment, same is the case with omnivores.

The teeth of omnivorous animals are such which enables them to consume both plants and animals easily.

If you look closely, their front teeth are relatively sharp and then their incisors and canines are sharper for ripping meat. Further, their large and flat molars in the back allow them to grind plants easily for better digestion.

As you read the features of an omnivore, you will instantly recognize humans as omnivorous animals. Omnivores are not limited to humans; they are also mammals, birds, and even various reptiles.

When we talk about humans, we see how they perfectly fit the description for an omnivore. They have the same physical features and adaptive capabilities which makes them an omnivore.

Furthermore, humans can easily hunt their prey and eat them. This easy availability allows humans to find an alternative easily as they can consume both things.

In addition, other mammalian omnivores are raccoons, skunks, badgers, opossums, rats, and most of the species of bears. Raccoons are the finest example of being an adaptable eater.

They are not picky eaters and consume anything they get. It does not matter if it is insects or fruits or even leftovers, they consume it without hesitation.

Other than raccoons, organisms like pigs, opossums, rats, skunks and more are also quite opportunistic feeders. Some rodents of the desert consume both insects and plants. In addition, there are also reptiles which are omnivorous that are lizards, turtles, and more.

Similarly, some of the omnivorous birds also consume plant materials and insects plus snakes. The other birds which are omnivorous are crows, chickens, and robins.

Furthermore, there are also certain fishes that consume both plants and animals. For example, damselfish and parrotfish eat phytoplankton in addition to other smaller fishes.

Question– Which of the following is not an omnivore?

Answer– The correct answer is option C. Tigers are not omnivores but carnivores. They consume only meat and fulfil their nutritional needs by preying on other animals. Their sharp teeth and strong jaw allows them to rip the meat and hold down their prey easily.

How is a Panda carnivorous ! Stupid site for stupid people….LMAO

Yeah, your tote right ’cause pandas eat bugs and bamboo so that makes it an omnivore. NOT a carnivore

THIS SITE IS SOOO PLAIN! And Not Smart(ANS)

no they are not lying over 1,200 giant pandas eat fish and fish is meat

this webite is so trash i hate it

to all mt blind lovers post something in sighn launguage

my homie left 6 comments on this site

Best site. Helped me a lot! Also, Billy is right. Over 1,200 pandas eat fish and they will eat other animals if it is an absolute must. So, “Panda Lover, If you really love pandas, you got to know more about them. Change your name too. People are gonna think you are a pre-school kid who just learned what pandas are. (You might be one, so..)

Also she said LMAO so, my 6 year old daughter says that while typing.