A mutation can be defined as a slight change or alteration in the genetic material of an individual that brings about genetic diversity in the species. They can affect a small portion of the gene sequence or a large one. Mutations can be broadly classified into two types:

These gene mutations can occur at any time during an individual’s lifetime. They are called acquired because they are acquired during one’s lifetime due to environmental factors like UV rays. They are called as somatic mutations because they occur in general body cells and not in those that produce the egg or sperm. Due to this, they cannot be inherited or passed on from one generation to another.

As the name goes, these mutations can be passed on from one generation to the next. These mutations occur in the egg or sperm cells of the parent. When the two parental cells, one with mutation, unite, the resulting offspring is born with this mutation. This offspring will now have this mutation in all of its body cells.

Another kind of mutation that can occur is called as mosaicism. In this type of mutation, the parental germ cells have no inherent mutation in them. But, once the zygote begins to undergo multiple cell divisions, a mutation occurs. In this case, those cells that divide from the mutated cell or cells will have the mutation while the rest are clear of the mutation.

Browse more Topics under Principles Of Inheritance And Variation

Unlike mutations that affect the genetic code, chromosomal disorders are caused by the change in number or structure of chromosomes. Both these give rise to different kinds of diseases.

Humans normally have 46 chromosomes or 23 pairs of them. However, some babies are born with either less or more chromosomes than the required number giving rise to different conditions. Sometimes, a chromosome can get duplicated leading to a condition known as trisomy.

In other cases, a chromosome does not get duplicated leading to a condition called as monosomy. At times, the entire set of chromosomes get duplicated called as triploidy and if more than duplication would lead to polyploidy. Examples of diseases that are caused by changes in chromosomal number:

Diseases Caused by Alteration in Structure of Chromosomes

These diseases arise due to some changes like deletion or rearrangement of parts of the chromosome. They are of various types: 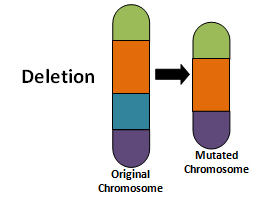 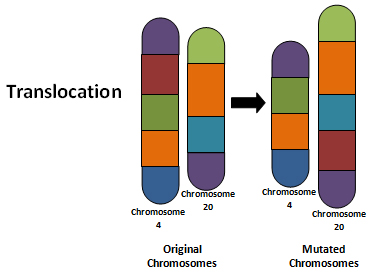 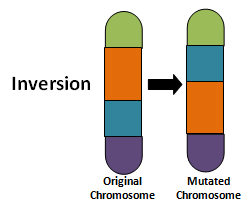