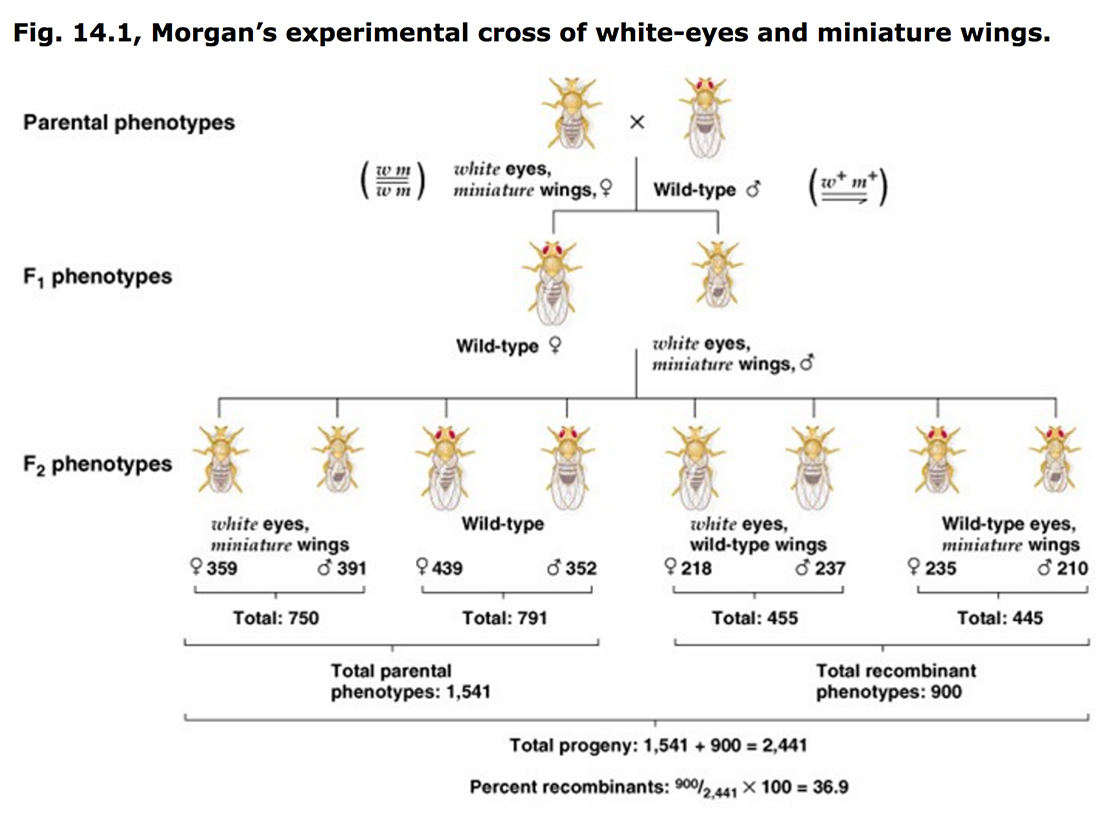 Morgan picked Drosophila melanogaster as his subject for the following reasons:

He crossed a purebred white eyed male with purebred red-eyed female. As expected following Mendel’s laws, the F1 progeny were born with red eyes. When F1 generation was crossed among each other, the ratio of red-eyed to white eyed progeny were 3:1. However, he noticed that there was no white- eyed female in the  F2 generation.

To understand further, he performed a cross between a heterozygous red-eyed female with a white-eyed male. This gave a ratio of 1:1:1:1 in the progeny(1 white eyed female, 1 red eyed female, 1 white eyed male and 1 red eyed male). This made Morgan think about the linkage between the traits and sex chromosomes. He performed many more crosses and determined that the gene responsible for the eye color was situated on the X chromosome.

Linkages are primarily of two types: Complete and incomplete

This is a phenomenon where genetic material is exchanged between non-sister chromatids of homologous chromosomes which results in a new gene combination. The process of crossing over occurs in a sequence of following steps:

Q1: If the genes are completely or fully linked, what are the chances of recombination?

Sol. The correct answer is the option ”c”. If the genes are completely or fully linked, then the chances of recombination are 0%.