It may be assumed by the third party that such an agent has the authority to do all that is usual for a general agent to do. Any private restrictions on the agent’s authority do not affect the third party. 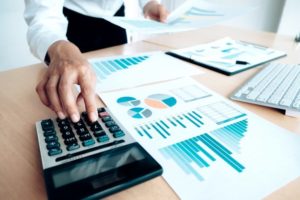 As per section 2(9) of the Sale of goods act, 1930, a mercantile agent is a person who in the customary course of business has an agent’s authority either to sell or consign the goods for the purpose of sale or to buy goods or to raise money on the security of goods. Thus, this definition covers the following:

A factor is a person who is appointed to sell goods which are put in his possession or to buy goods for his principal. He is the evident owner of the goods in his custody and can thus sell them in his own name and receive payment for them.

He also has an insurable interest in the goods in his custody and a general lien regarding any claim that he may have to arise out of the agency.

A broker is a person whose business is to make contracts with the other parties for the sale and purchase of goods or securities for brokerage.

A del credere agent is a person who ensures or guarantees his principal that the creditors of goods will pay for the goods they buy for extra remuneration. In the case of failure to pay by the third party, he needs to pay the due amount to his principal.

The relation between a banker and a customer is basically that of a debtor and creditor. However, when a banker buys or sells securities or collects cheque, dividends, interests, bills of exchange or promissory notes on behalf of his customer, he becomes the agent of his customer. Thus, he has a general lien on all the securities in his possession regarding the general balance due to him by the customer.

An auctioneer is a person who sells the goods by auction. An auction is a process by which goods are sold to the highest bidder in a public competition. He cannot warrant his principal’s title to the goods.

Solved Example on Classification of Agents

Who is a Sub-agent?