A speaker, in general, is most careful about the word choice. What will happen if they do not pay attention to the word choice? An improper word choice leads to a certain misunderstanding. The worst situation would be that the audience starts to revolt.

Some of them may even leave the hall or that place. In this section, we are going to study word choice. Also, we will learn the importance of word choice.

It is a manner in which something is expressed in words. The choice of words is the style of expression. A person, in general, chooses words to which he feels comfortable, confident, and simple enough for a general audience to understand. 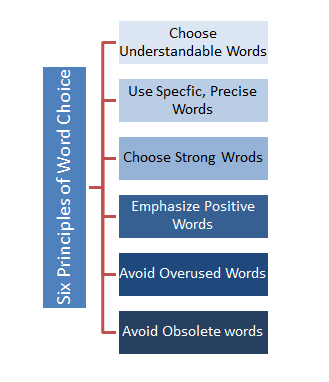 A person must develop the habit of using correct words. While speaking or writing, one must use the most appropriate word. One must learn the importance of correct word choice. Some of them are

Ways of Improving the Choices of Words

There are many words available to express one’s emotions. A speaker or a writer thus feels the trick of using the correct word amongst the given one. There are many ways in which a person can choose a word more appropriately. Some of them are