Every country in the world in some way or the other relies on their imports. Similarly, they also overproduce certain products so that they export. There is not a single country in the world that produces all the products it needs. Thus, a country produces the commodity which they have a comparative advantage while importing the other commodities. This exchange of commodities by countries is considered as the foreign trade of the country. As every country relies on this they need to maintain good relations with the country they are importing from. In this article, we will learn about foreign trade and the important features of foreign trade.

There is always a relative difference in certain products of a country. So, this gap is filled by importing the product from other countries. Mostly this gap is seen in fields like technology, tastes, etc. 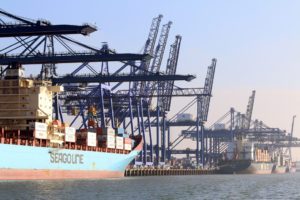 In India, there a noticeable difference due to foreign trade. Thus, some of the features of foreign trade in India are as follows –

There are various items like agricultural implements, heavy machinery, metals, mineral oil, etc. India has to import these items from other countries on a huge scale.

Meanwhile, the exports by India could not keep up the pace. Thus, it left us with unfavorable and negative trade.

A few years ago India used to import manufactured goods and food grains only. But currently, the single largest commodity imported by India is oil.

Furthermore, the imports and exports of precious stones and pearls have increased.

Also, the other commodities imported are fertilizers, paper, iron and steel, and edible oils.

Learn more about Import and Exports here in detail

In earlier times, India used to transport commodities like jute, tea, cotton textile, etc. But now you can notice diversity among the Indian exports.

Also, India exports more than 7000 commodities currently. Furthermore, after 1991, India has been seen as a major exporter of computer software.

Also, this exported to some of the advanced countries like Japan and the USA.

There are only 12 major posts on the coast of India and these coasts handle more than 90% of the overseas trading in India. While the remaining small and medium ports handle the very little amount of foreign trade in India.

More than 95 percent of foreign trade in India is done through various sea routes. Because trade through land routes is only possible if it is done with neighboring countries.

But this is not possible as all the neighboring countries of India like Myanmar, China, and Nepal are cut off due to various loft mountain ranges. This, in turn, makes the trade through land routes very difficult.

The trade through land routes is only possible with Pakistan but that is heavily suffered due to the political differences between the two nations.

Before Independence, India had trade links only with Britan and a few other selected countries. But currently, India has expanded its trade links with many other countries.

Place of India in the Overseas Trade

The population of India accounts for more than 16 percent of the global population. But the share of India in overseas trade is less than 1 percent.

Thus, it reflects on the fact that the position of India in overseas trade is insignificant.

But this can be accounted due to large internal trade and vast dimensions of the country that in turn provides a solid base for trade within the country.

Q. India currently has imported from how many countries?