A contract creates certain obligations on one or all parties involved. The discharge of a contract happens when these obligations come to an end. There are many ways in which a contract is discharged. In this article, we will look at various such scenarios.

When the parties to a contract fulfil the obligations arising under the contract within the time and manner prescribed, then the contract is discharged by performance.

Example: Peter agrees to sell his cycle to John for an amount of Rs 10,000 to be paid by John on the delivery of the cycle. As soon as it is delivered, John pays the promised amount.

As shown in the example above, actual performance is when all the parties to a contract do what they had agreed for under the contract. On the other hand, it is possible that when the promisor attempts to perform his promise, the promisee refuses to accept it. In such cases, it is called attempted performance or tender.

If all parties to a contract mutually agree to replace the contract with a new one or annul or remit or alter it, then it leads to a discharge of the original contract due to a mutual agreement.

Example: Peter owes Rs 100,000 to John and agrees to repay it within one year. They document the debt under a contract. Subsequently, he loses his job and requests John to accept Rs 75,000 as a final settlement of the loan. John agrees and they make a contract to that effect. This discharges the original contract due to mutual consent. 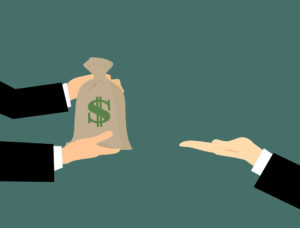 3] Discharge by the Impossibility of Performance

Example: Peter enters into a contract with John to marry his sister Olivia within one year. However, Peter meets with an accident and becomes insane. The impossibility of performance leads to a discharge of the contract.

4] Discharge of a Contract by Lapse of Time

The Limitation Act, 1963 prescribes a specified period for performance of a contract. If the promisor fails to perform and the promisee fails to take action within this specified period, then the latter cannot seek remedy through law. It discharges the contract due to the lapse of time.

Example: Peter takes a loan from John and agrees to pay instalments every month for the next five years. However, he does not pay even a single instalment. John calls him a few times but then gets busy and takes no action. Three years later, he approaches the court to help him recover his money. However, the court rejects his suit since he has crossed the time-limit of three years to recover his debts.

5] Discharge of a Contract by Operation of Law

A contract can be discharged by operation of law which includes insolvency or death of the promisor.

6] Discharge by Breach of Contract

If a party to a contract fails to perform his obligation according to the time and place specified, then he is said to have committed a breach of contract.

Also, if a party repudiates a contract before the agreed time of performance of a contract, then he is said to have committed an anticipatory breach of contract.

In both cases, the breach discharges the contract. In the case of:

7] Discharge of a Contract by Remission

In example 3 above, Peter only repays a part of the money he owes to John. However, John agrees to accept it as a final settlement of the debt. John’s act of remission discharges the contract.

8] Discharge by Non-Provisioning of Facilities

Example: Peter agrees to fix John’s garage floor provided he keeps his car out for at least 6 hours. Peter approaches him a few times but John is reluctant to get his car out. John fails to provide reasonable facilities to Peter (an empty floor). This discharges him of all obligations arising under the contract.

9] Discharge of a Contract due to the Merger of Rights

In some situations, it is possible that inferior and superior right coincides in the same person. In such cases, both the rights combine leading to a discharge of the contract governing the inferior rights.

Example: Peter rents John’s apartment for two years. One year into the contract, he offers to buy the property from John, who agrees. The enter a sale contract and Peter becomes the owner of the apartment. Here Peter has two rights; one accorded by the lease agreement making him the renter and second by the sale agreement making him the owner. The former being an inferior right merges with the superior one and discharges the lease contract.

Solved Question on Discharge of a Contract

Q: Peter agrees to sell his laptop to John for an amount of Rs 15,000. He also promises to deliver it within 2 days. The next day, when Peter approached John with his laptop, John refuses to accept it without any valid reason. Is the contract discharged?