Business activities are conducted on a global level and even between nations. There is an emergence of global markets. To keep the trade fair and manage trade-related issues on a global level, various International Institutions and Trade Agreements were established. Let’s understand them to get a better idea of the scenario related to International Business.

The nations were influenced financially because of World War 1 and World War 2. The reconstruction couldn’t happen as there was an interruption in the financial system furthermore there was a shortage of resources. At this crossroads, the prominent economist J. M. Keynes with Bretton Woods establish an association with 44 countries to meet this and to reestablish commonship on the planet.

This gathering brought forth the International Monetary Fund (IMF) International bank Of Reconstruction and Development (IBRD) and the International Trade Organization (ITO). These three associations were considered as three columns for the improvement of the global economy. 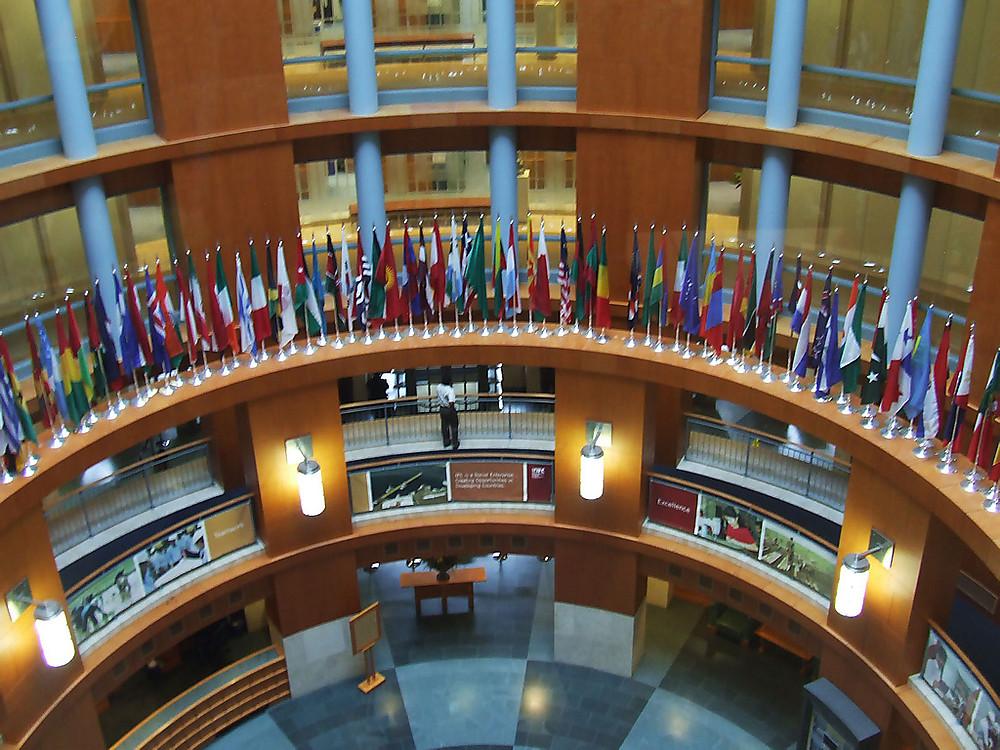 The International Bank of Reconstruction and Development (IBRD) is usually known as the World Bank. The fundamental point of IBRD is to remake the war influenced the economies of Europe and help the improvement of underdeveloped economies of the world. The World Bank after 1950 focused more on financially unstable nations and invested heavily into social segments like health and education of such immature nations.

Currently, the World Bank includes five universal bodies responsible for offering fund to various countries. These bodies and its partners are headquartered in Washington DC taking into account diverse financial requirements and necessities.

As specified before, the World Bank has been allocated the undertaking of financial development and expanding the extent of the international business. Amid its underlying years of foundation, it gave more significance on creating facilitates like transportation, health, energy and others.

This has profited the underdeveloped nations too, without doubt, however, because of poor regulatory structure, the absence of institutional system and absence of accessibility of skilled labour in these nations has prompted disappointment. World Bank and its Affiliates Institutions:

International Development Association (IDA) was set up in 1960 as a partner of the World Bank. IDA was set up essentially to offer fund to the less developed countries on a soft loan basis. It is because of its intention of providing soft loans that it is called the Soft Loan Window of the IBRD. The objectives of IDA are as follows,

Established in July 1956, IFC was aimed to assist in terms of finance to the private sector of developing nations. IFC is also an associate of the World Bank, but it has its own separate legal entity, functions and funds. All the members of the World Bank are entitled to become members of IFC.

Established in April 1988, The Multinational Investment Guarantee Agency’s aim was to support the task of the World Bank and IFC. Some objectives of the MIGA are

Let us take a look at some of the important trade agreements that are a part of the World Bank.

The recent General Agreement on Tariffs and Trade (GATT) after as significant alteration in 1994 is especially part of the WTO assertions. GATT likewise incorporates certain particular agreement developed to manage particular non-tariff hindrances. It is one of the important trade agreements of the WTO.

2. Agreement on Textile and Clothing (ATC) :

Trade agreements were developed under WTO to phase out the quota restrictions as imposed by the developed nations on the supply of textiles and clothing form the developing countries. The developed countries were imposing different kinds of quota hindrances under the Multi-Fibre Arrangement (MFA) that itself was a major departure from the GATT’s basic principle of free trade in goods.

Services mean acts or performances that are essentially intangible and can not be as such touched or smelt as goods. GATS is regarded as a landmark achievement of the Uruguay Round as it extends the multilateral rules and disciplines to services. It is because of GATS that the basic rules governing ‘trade in goods’ have become applicable to ‘trade in services’.

The WTO’s agreement on Trade-Related Aspects of Intellectual Property Rights (TRIPS) was negotiated in 1986-1994. It was the Uruguay Round of GATT negotiations where for the first time the rules relating to intellectual property rights were discussed and introduced as part of the multilateral trading system. Intellectual property means information with commercial values such as ideas, inventions, creative expression and others.

Question: Which of the following does not belong to the World Bank group?
(a) IBRD
(b) IDA
(c) MIGA
(d) IMF

Answer: (d) IMF. The International Monetary Fund is an independent body not associated with the World Bank.