Did you know that we describe periods of history according to the metal that was in use during the said period? The Stone age was followed by the Bronze Age and the Iron Age. All modern developments can be traced back to our discovery and effective use of metals. Let us learn about the uses of very important metals such as aluminium, Iron, Copper etc.

Aluminium has some distinct physical properties. It is a soft metal and is very malleable. In fact, it is the second most malleable metal. It is also a non-toxic metal. This results in a large variety of household uses of aluminium. In our everyday use, we will see aluminium use in cans, foils and kitchen utensils.

Aluminium is also non-corrosive and non-magnetic. And although by itself it isn’t very strong, it makes very strong alloys with copper and magnesium. These are lightweight alloys and yet have great strength. And so they are an important part in the building of aeroplanes and aircraft. In it also used in satellite dishes!

Aluminium is also a great conductor of electricity. And it is much cheaper than its counterpart Copper. So we often use aluminium in electric wires and other such power transmission lines.

At certain times we make use of Aluminium in construction as well. It requires less maintenance as it is corrosion resistant. The first building whose aluminium use was recorded was indeed the Empire State Building in New York. 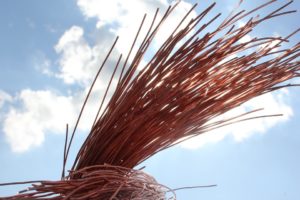 Copper is the red-hued metal with atomic number 29. Like most metals copper is a very good conductor of heat and electricity. It is also malleable and ductile. Its most distinct feature is its excellent ability to make alloys with other metals.

These above characteristics make copper a very useful metal to humankind. Actually copper has been in regular use since almost 8000 BC, where coins and ornaments were made from copper. In the modern day, the most important use of copper is in wiring for electronic devices such as computers and mobile phones. Also, conductors, transformers and other systems of distribution of power depend on copper due to its excellent conductivity.

It is also an essential metal in plumbing systems. Copper is also a major component in the manufacturing of cars. They are found in the radiators, oil coolers and even in the braking systems. And in the newer cars, it is also an important element of the navigation systems.

However, copper is invaluable when we combine it with other metals to make excellent alloys. Bronze is one such alloy we get when we mix copper with tin. The uses of bronze are limitless. Another alloy of great importance is Brass made by combing copper and zinc.

Zinc is a bluish metal. It is actually a hard and brittle metal. It can be malleable between 100° to 150° C but is hard at other temperatures. In comparison to other metals, it has a relatively low melting as well as the boiling point. Zinc is also fairly non-corrosive

One of the most important uses of zinc is its suitability to be used in Galvanization. A thin layer of zinc coats other metals such as iron. It protects the iron from corrosion. Also since Zinc is a more reactive metal it acts as a sacrificial metal. The oxygen in the air reacts with Zinc to form Zinc Oxide, thereby protecting the iron.

Zinc also makes alloys with vast uses such as Brass and nickel silver. It also is used in the manufacturing of die-casting. An important compound of zinc, Zinc Sulphide (ZnS) is the main element in the production of luminous paints. Its applications are in X-ray machines and television screens. 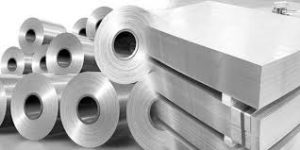 Iron is the single most important metal on this planet. It is a fact that nearly 90% of the total metal refined by us is Iron. An actually it is a great contradiction that the metal most widely used is also highly corrosive. But its importance arises from the fact that it makes the most important alloy which is Steel.

Iron like all metals is a great conductor of thermal and electric energy. It is also malleable and ductile both. In its pure form iron is actually a soft material, which means it can be shaped easily. Pure iron is also highly reactive to be of much use.

Manufacturing of steel requires iron. Steel is an alloy of iron and carbon. The composition of the various elements differs according to the various types of steel. Every type has its own unique uses.

Stainless Steel: The main component of stainless steel along with iron is at least 10.5% of chromium. This chromium makes a thin layer on the steel, to prevent rusting. It also consists of small amounts of carbon, silicon, and manganese. Stainless Steel is used for everything from power generation to making utensils. It is an important part of the food storage industry. And lastly, it is even used in construction as a part of roofing, windows, and facades.

Learn more about Extraction of Metal from Concentrated Ore here.

Q: Zinc is used in galvanizing since iron forms ions ______ readily than zinc.

Ans: The correct answer is option “A”. As the oxidizing potential of Iron is less than Zinc, it has a low tendency to oxidize than zinc.

Thanks for sharing how zinc is suitable for Galvanization. I’ve heard Galvanization is useful for tools and utensils. I’d like to get some kitchenware that is made of galvanized metal.