In your basic accounts lessons, you must have learned the concepts of income and expenditure, assets and liabilities, profit and loss, and so on. Now, these concepts are important because they set the financial foundations for a successful business. However, it doesn’t stop there. These concepts are equally important for an economy as a whole. Let’s look at Income method and Expenditure Method of calculating National Income. 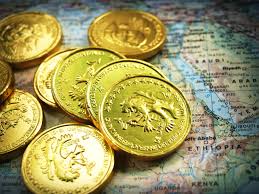 The income method of calculating national income takes into account the income generated from the basic factors of production. These include the land, labor, capital, and organization. And in addition to income accrued from these factors of production, another important component of income is mixed income. Now let’s discuss all these components in detail.

Rent is the money you pay for the use of land. While calculating income, rent refers only to the income earned from using any land. Rent paid for the use of machinery and other equipment is not accounted for as rent.

Now in addition to rent, another form of income is royalty. Royalty is the amount you pay to an individual or a company in exchange for the use of assets such as coal or gas.

Compensation includes salaries and wages that you earn in exchange for the services and skills that you provide for producing goods and services. It also includes travel allowances, bonuses, accommodation allowances, and medical reimbursements.

In addition to wages and salaries, another important component of compensation is remuneration in the form of social security schemes such as insurance, pensions, provident funds.

Interest refers to the charges you pay for using borrowed capital. Now, this includes the interest paid when a company takes a loan for an investment. Similarly, when a family invests in a property or a house, they take a loan from a bank and pay an interest for the same while repaying the loan over a period of time. However, while calculating national income, economists consider only the interest paid by production units.

Profits refer to the money that organizations make while producing goods and services. Now companies distribute the profits they make by paying income tax to the government and dividends to shareholders. And the amount that is left over after paying tax and dividends is called undistributed profit.

Mixed income refers to the income of the self-employed individuals, farming units, and sole proprietorships. Now, if you consider all these components of income, national income can be represented as follows:

Again, you while determining income using the expenditure approach, you need to exclude expenditure on second-hand goods, purchase of shares and bonds, expenditure of transfer payments (unemployment benefits, pension), and purchase of intermediate products.

Question: Identify whether the following statement is true or false.

“Royalty received by an organization for the use of its coal mines can be considered as a source of income while computing national income using the income approach.”

Correct Answer: True. Royalty is a form of income and it should be accounted for while calculating national income using the income approach.

Share with friends
Previous
Types of Polymerization
Next
Uses of Aluminium, Copper, Zinc and Iron