You must know that India is the largest democracy in the world. But what does that mean for us, its citizens? How do the concepts of democracy and equality affect our daily lives and livelihood? Let us learn about Equality and Inequality in Indian Democracy.

What are Equality and Democracy? 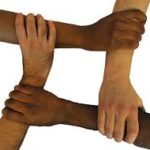 We live in India, the largest democracy in the world. This means that in India, there is a rule of the people, by the people and for the people. There are many important requirements for a country to truly be democratic and the most important is Equality for its citizens. This means that everybody is equal in the eyes of law, without any discrimination on grounds of race, religion, gender, caste, class or birth.

Equality is so important because it preserves the “dignity” of an individual. Dignity means self-respect and the respect an individual deserves from others for being a fellow human being. It is an essential and basic human right. However, this ideal case doesn’t exist. Even today, many forms of inequality exist in India.

Types of Inequality in India:

The caste system is an ancient, age-old belief system that plagues India till today. It is a system that has divides Hindus into rigid, hierarchical occupational groups called “varna“. It considers some groups “pure” and some “impure”. This Varna system includes four Varnas- Bhramin, Kshatriya, Vaishya, and Shudra, in descending order of purity. Today also, discrimination against people of various caste groups is common in rural areas, but surprisingly, even among educated urban dwellers 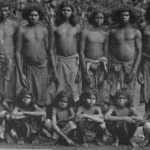 Due to the above Varna system, one of the most negative, yet unique features of India is the untouchability system. This system wrongly looks at the people from the lower castes as “impure”. Other people of higher castes used to refrain from touching them, thus calling them “untouchables“. When such cruel incidents are still seen in the news, it is an embarrassment to our country and us. 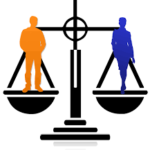 In India, traditionally, females and males were given rigid roles that they had to follow. For example, in villages, women are expected to cook, clean, bear children and raise them and men are the ones who work and earn money. The law does not allow such kind gender discrimination. Males and females are equal in the eyes of law and they must be given equal dignity and opportunities.

When we look around, we can see that everyone doesn’t have equal amounts of money or resources. We hear news of a billionaire whose house costs a billion dollars, but at the same time see beggars on the roads with no food or shelter. This called Class Inequality, where people of a high class have excess resources, while the majority live in poverty with no basic food, water, clothes or shelter. There is no equal distribution of resources. It is sad to see that in some places, people who follow a different religion than most people often face discrimination. They are looked down upon, often with suspicion. India is a secular country and these practices are not allowed by law. We are all free to peacefully practise any religion we want to.

India is a diverse country with people belonging to different places. People have different cultures, food, clothes and also look different but it doesn’t mean they should be discriminated against.

We need to know that Equality is a basic human right and every human being on Earth deserves fair treatment and access to opportunities.

Q: Universal adult franchise means every adult has a right to vote irrespective of his/her

Sol: The correct answer is “D”. A democratic election requires all adult nationals to be eligible to vote in the elections. This is known as Universal Adult Franchise. This allows all eligible citizens to vote without any discrimination of caste, religion, education etc.