This is a non-market factor but it can still greatly impact a business. The political-legal environment is a combination of a lot of factors such as the current political party in power, the degree of politicization of trade and industry, the efficiency of the current government, government policies, current legal framework, the public attitude towards the economy, etc.

You must have often heard that an election year is an extremely important factor for the economy. This is why the type of government governing at the centre and the state has a huge impact on the businesses. The government decides all the fiscal policies, monetary policies, and taxation modules as well.

So the type of government in power has a huge impact on the economy and the firms that operate and compete in the economy. Like for example, the current government has the Make in India initiative which is good for the manufacturing sector. 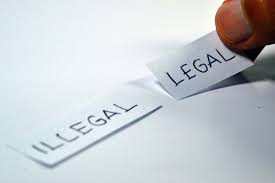 A sound legal system is essential to the success of any business. So a country must have a sound and functioning legal system with laws that equally protect both consumers and manufacturers. There are various other matters like company law, royalties law, patent law, intellectual property rights.

International laws etc that also have a great influence on the business of firms. For example, the new GST laws are going to have a significant effect on the businesses.

Political stability in a country is essential for a stable economy and stock market. Also, various political groups also hold a lot of influence on businesses and unions. So the political environment of a country is a major factor in the success of a firm.

Companies, especially international companies always study the cultural and social environment of a country before entering the market. It is important that your goods and services are in tandem with the social environment of the country. Otherwise, the company could face a backlash and run into losses.

Some important factors that affect the cultural and social environment in a country are as follows,

Q: Only international firms should do a study of the social environment before entering the market. True or False?