India has the world’s sixth largest economy in measures of GDP. It has the third largest purchasing power in the world. When we talk about the global economy, India is one of its fastest emerging players. Since our liberalization in 1991, the economy has opened up and given us plenty of opportunities to succeed. Let us look at some of the important features of the Indian Economy & GDP and solve some questions relevant to the bank exams.

India had a GDP of 2.26 lac crore dollars in the year 2016. It showed a healthy growth rate of 7.1%. The World Bank has forecasted a healthy growth rate of 7.3% in the year 2018-19 as well and this augments well for the Indian economy. It is predicted that if the current flow of events continues, by 2028 India will be the third largest economy in the world, overtaking Japan’s economy. 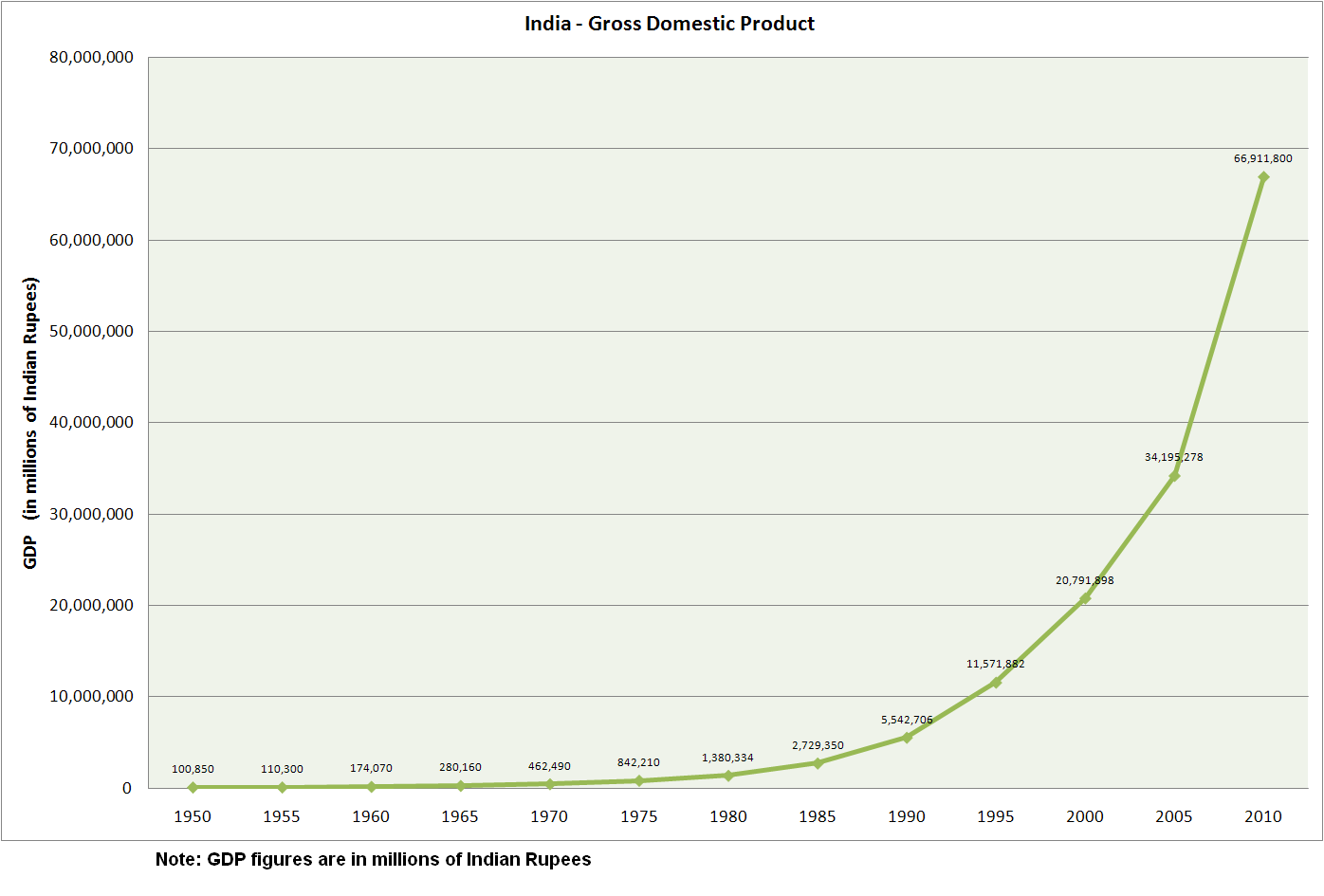 3] Indian Economy is a Mixed Economy

In the Indian economy, both private sector and public sector companies co-exist in perfect harmony. The big industries, especially those for vast public use, are public sector companies. Some examples are MTNL, Mahanagar Gas etc. And the economy has seen a huge boost in the private sector as well since the liberalization in 1991. Hence India is the perfect example of a mixed economy.

4] Agriculture is the most important sector

It would not be incorrect to call the Indian economy an agricultural based economy. Agriculture to date employs more than fifty percent of India’s workforce either directly or indirectly. The agricultural sector contributes to some 18% of our GDP. In 2017 it accounted for 12.7% of our total exports as well.

The income and wealth disparity in the Indian economy is one of the worst in the world. According to some reports, the top 1% of the rich population has amassed 53% of the wealth in India. And even with the fast-growing economy, the rich just become richer and the poor stay the same. It is the second worst unequal wealth distribution in the world after Russia.

One major advantage of India’s vast population is within the scope of human capital. And most of these human resources are youths. They are educated and skilled, giving India a huge advantage in the global market. They now need adequate employment opportunities to be successful.

India has one of the fastest growing service industries in the world. Due to the immense growth in sectors like e-commerce, IT sectors, BPO etc. the service sector of India is booming. It employs nearly 28.6% of the total population and contributes 54%t o the GVA.

Q: India signed a MoU for economic cooperation with which of these countries in 2017?

Ans: The correct answer is C. In 2017 Prime Ministers Narendra Modi and Ranil Wickremesinghe signed a MoU between the two countries. It advocates cooperation in all future economic projects and plans for the foreseeable future. Both countries have vowed to work on a host of infrastructure projects together in the future.

Q: The NSSF is a part of which of these?

Ans: The answer is B. National Small Savings Fund (NSSF) is a part of the public fund of India. It was established in 1999, where all the collections from the small savings schemes (like postal deposits and saving certificates) are pooled into this fund. The inflow in these funds was nearly 1.4 trillion rupees in 2017.

Q: Which of the following statement is false?

Ans: Answer is option B. When the money supplied to the economy increases, it does not always result in inflation. In certain cases after a recession, the increased supply of money will cause a sustained increase in production of goods and services. This will not cause or result in inflation.

Ans: The correct option is A. Simply put Gross Value added is the total measure of all the goods and services that are produced in an economy. In terms of GDP, GVA is GDP plus all the subsidies and minus all the taxes payable.

Q: Which of the following is the top export product of India?

Q: The Twenty Point Programme (TPP) was recently restructured. From which year did it come into effect?

Q: India has which type of economic structure?

Q: Which of the following sectors attracts the highest amounts of FDI in India?