You must have gone through several articles that discuss various macroeconomic concepts such as foreign trade, exports and imports, and goods and services. Now, these concepts are important as they affect the gross domestic product or GDP of the economy as a whole. However, in addition to GDP, there are several other very important macroeconomic identities that measure economic growth. These include the gross national product or GNP and the net national product or NNP. 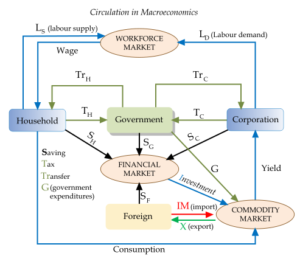 Now let’s understand the net national product or the NNP. The NNP takes into account the depreciation factor. What is depreciation? Depreciation is the wear and tear of fixed assets. And in this context, it also refers to capital used to maintain existing stock.

And NNP is the total value of all final goods and services produced by the factors of production of a country within a given specific time minus depreciation. In other words, NNP is GNP – depreciation. Now while calculating the NNP, economists take into consideration two very important factors—indirect taxes and subsidies.

The market price of any product includes taxes, which go to the government. Hence, while calculating the NNP, economists need to deduct the taxes. Similarly, the government also provides subsidies to encourage production of certain goods and services. And with that being the case, we need to add these subsidies while calculating the NNP. The NNP after considering taxes and subsidies is called the NNP at factor cost or national income.

The national disposable income also includes current transfers from the rest of the world (for example, gifts and aids received from other countries). Basically, the national disposable income refers to the income an economy has for its consumption expenditure without having to sell off any assets for the same. And that’s the reason why it is an important economic indicator.

Private income is the final value of all incomes received by the private sector. In this context, the private sector refers to the residents and enterprises of a country. Private income also includes the national debt interest, the net factor income from abroad, the current transfers from the government, and the net transfers from the rest of the world.

Q: Identify whether the following statement is true or false.

“The gross national product or GNP takes into account the depreciation cost incurred in the production of goods and services.”

Answer: The statement is False. The net national product or NNP is the macroeconomic identity that accounts for the depreciation cost. NNP = GNP – Depreciation.