ISRO, the Indian Space Research Organization, is India’s national space agency that is located in the city of Bengaluru. Furthermore, the Department of Space Government of India controls the ISRO space agency. Let us learn more about this space agency with this essay on ISRO. 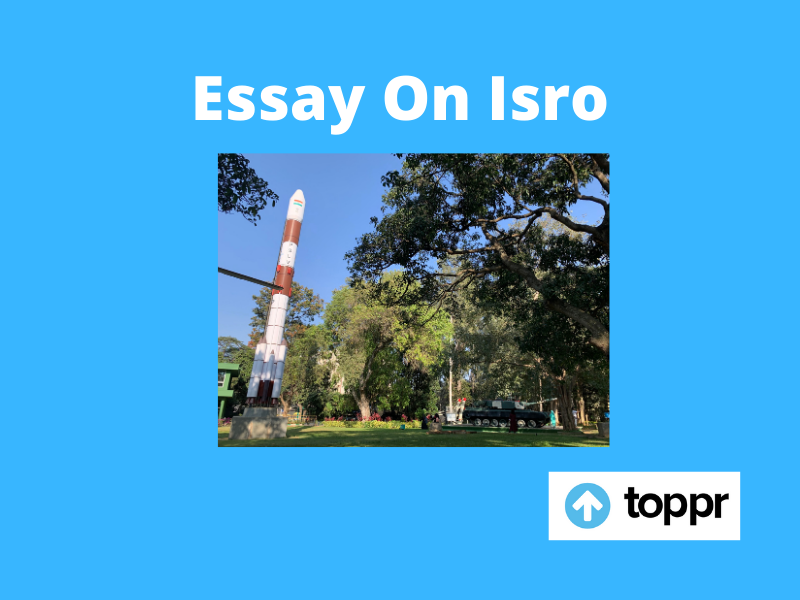 About the ISRO Space Agency

The formation of ISRO took place in the year 1969. Furthermore, the vision behind the establishment of ISRO was to develop and harness space technology in national development. Moreover, this development and harnessing of space technology were to take place while pursuing space science research and planetary exploration.

ISRO is the successor of the Indian National Committee for Space Research whose establishment took place in the year 1962. ISRO now enjoys the reputation of being among the elite space agencies in the world.

As of now, ISRO is the primary Indian agency to perform activities related to the development of new technologies, space exploration, and space-based applications. Moreover, ISRO is among the only six government agencies that operate large fleets of artificial satellites, deploys cryogenic engines, undertakes extraterrestrial missions, and has full launch capabilities.

Throughout many years, ISRO incorporates space service for the benefit of the common man as well as the nation. Moreover, the maintenance of one of the largest fleets of communication satellites and remote sensing satellites takes place by ISRO. They serve the roles of fast and reliable communication as well as Earth observation.

The first Indian satellite that was built by ISRO was Aryabhata, whose launching took place on April 19th, 1975. Furthermore, 1980 was another important year for ISRO because the launching of the Rohini satellite took place. Moreover, the successful placing of Rohini in the orbit took place by SLV-3.

In the year 2014 January, ISRO made use of an indigenously built cryogenic engine for GSLV-D5. Also, this was the launch of the GSAT-14 satellite. Most noteworthy, this made India one of the only six countries to develop a cryogenic technology.

Apart from technological capabilities, a lot of contribution has taken place by ISRO in the field of science. Furthermore, ISRO is in charge of its own Lunar and interplanetary missions. Moreover, ISRO controls various specific projects for the promotion of science education, and also to provide data to the scientific community.

The Mars Orbiter Mission was sent by ISRO on November 5th 2013, which made its entry into the orbit of Mars on September 24th 2014, thereby making India successful with its attempt to Mars.

Conclusion of the Essay on ISRO

There is no doubt that ISRO is really the pride of India. Furthermore, it has boosted the reputation of India in the world as a nation of scientific thought and development. Hopefully, ISRO will continue on its noble mission of space and technological exploration in the future.

FAQs For Essay on ISRO

Question 1: Mention some of the activities of ISRO?

Answer 1: Some of the activities of ISRO are the operation of large fleets of artificial satellites, deployment of cryogenic engines, undertaking extraterrestrial missions, and full launching capabilities.

Answer 2: Two satellites launched by ISRO are Aryabhata and Rohini. Furthermore, Aryabhata was the first Indian satellite that was built by ISRO. Moreover, Rohini was the first satellite whose placing took place in the orbit by SLV-3.