Remote sensing is the securing of data about an object or phenomenon without connecting with the object. Hence, it is in contrast to an on-location perception. The term is applied particularly for obtaining information about the Earth. Far off remote sensing is in use in various fields. Fields including topography, land reviewing and most Earth science disciplines. For instance, hydrology, nature, meteorology, oceanography, glaciology, geography. It likewise has military, knowledge, business, monetary, arranging, and philanthropic applications, among others. 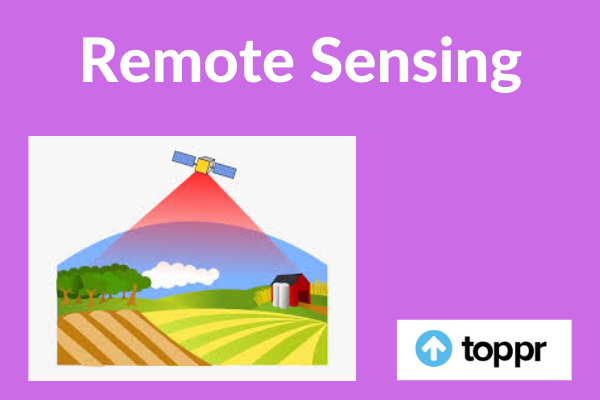 What is Remote Sensing?

Remote Sensing is an innovation to assemble data and dissecting an object or phenomenon without connecting. This innovation is utilized in various fields like topography, hydrology, environment, oceanography and many more.

A geographic data framework is an instrument that is in use for planning and breaking down component occasions on Earth. The far off detecting and GIS innovation consolidate significant information base activities like measurable investigation and inquiry, with maps.

The GIS oversees data on areas and gives devices to examination and show of various insights that incorporate populace, financial turn of events, attributes, and vegetation. It likewise permits connecting information bases to make dynamic presentations. These capacities make GIS unique in relation to different frameworks and make it a wide scope of private and public far off detecting applications for arranging and foreseeing results from far off detecting satellites.

In current use, the word remote sensing generally is for the most part alludes in the utilization of satellite. Even used in aeroplane-based sensor advances to distinguish and group protests on Earth. It incorporates the surface and the air and seas, in view of spread signs. For example, electromagnetic radiation. It very well might be part into “active” distant detecting when a sign is transmitted by a satellite or aeroplane to the item and its appearance distinguished by the sensor and “passive” far off sensing when the impression of daylight is identified by the sensor.

The innovation of current remote sensing or distant detecting started with the creation of the camera. Prior photos were “still photos”. Yet taking Earth’s pictures with the end goal of geological planning arose during the 1840s. Cameras were fixed in inflatables for taking pictures. During WWI, cameras were mounted on planes to get an aeronautical perspective on grounds which demonstrated to acquire transformation the military.

It was distinctly during the space age, Satellite remote sensing or far off detecting developed. They were in use to picture Earth surfaces just as sensor another shuttle. The expression “remote sensing” was first in use within the United States during the 1950s by Ms Evelyn Pruitt of the U.S. Office of Naval Research.

Types of Sensors in Remote Sensing

The remote sensing can be separated into two kinds, they are:

The individuals who put their wellspring of energy (an enormous “flashbulb”) are called the active framework.

The individuals who use sun-powered energy produced by the surface or reflected from the surface are passive once.

In a remote sensing framework, electromagnetic radiation and the climate controls numerous things. The attributes of the symbolism can be effortlessly controlled by satellite circles.

The photograph shows what satellite sees and how often its re-visitations of its unique position. The significant plan of distant detecting frameworks is the sign to commotion proportion,

The accompanying focuses are some basic components for far off detecting:

Answer. It is the science that is in use to get the actual properties of territory without connecting or being available in that specific spot. It figures reflected and transmitted radiation gathered, regularly from sensors accessible in satellites and aeroplane.

Answer. These are few specific uses of remotely sensed images of the planet Earth-