Labour Day is set to celebrate the hard work and achievements of the labor group. This is one day that is entirely devoted to the labor class. Many countries celebrate this day on a different day. However, in maximum countries, this day occurs on the 1st of May that happens to be International Workers’ Day. 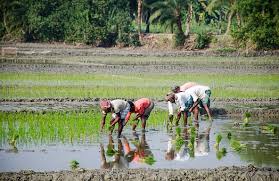 The story of Labour Day began with the rise in industrialization. The industrialists exploited the labor class these days. They took a lot of work from them but paid them very less. Laborers were forced to work for 10-15 hours a day in very tough conditions. Those who worked in chemical factories, mines, and other similar places suffered very much.

Lastly, they took the bravery to stand united and raise their voice against this oppression. Nearby that time, founding trade unions and going on strike. It was also considered illegal in several countries. So, they formed trade union and laborers went on strike. They also held rallies and protests. Lastly, the government heard their request and reduced the working hour to 8 hours. Thus this special day to celebrate the efforts of this class was also set.

What is the History of Labour Day?

In India Labour Day or May Day was started to celebrated first in Chennai on May 1, 1923. The Labour Kisan Party of Hindustan initiated this. The leader of the party, Comrade Singaravelar organized two meetings to celebrate this event.

One meeting held on the Triplicane Beach and the other took place at the beach opposite Madras High Court. In the meeting, Singaravelar approved a resolution which indicated that the government should announce a national holiday on the May Day or Labour Day in India. This was the first time a red flag was hoisted in India.

Labour Day is a very significant holiday in a different country in the world and in India also. Here are some reasons why it is so much significant to the population.

We know that the worker receives minimum pay by selling his own labor. That is the reason why International Labour Day is celebrated all over the world. So this day is to promote and encourage international labor associations. Thus, it is a special day to appreciate and recognize their contribution to society as they are certainly well-deserved.