DR. Sarvepalli Radhakrishnan was a great person. He became the first vice-president of the country and the second president of free India. Besides, before being a vice-president and president he was a philosopher, a teacher, and an author. In addition, his birthday 5th September is celebrated as Teachers day in India every year. He was among one of the great leaders of the country and due to his contribution to education his birthday is often called teachers’ day. 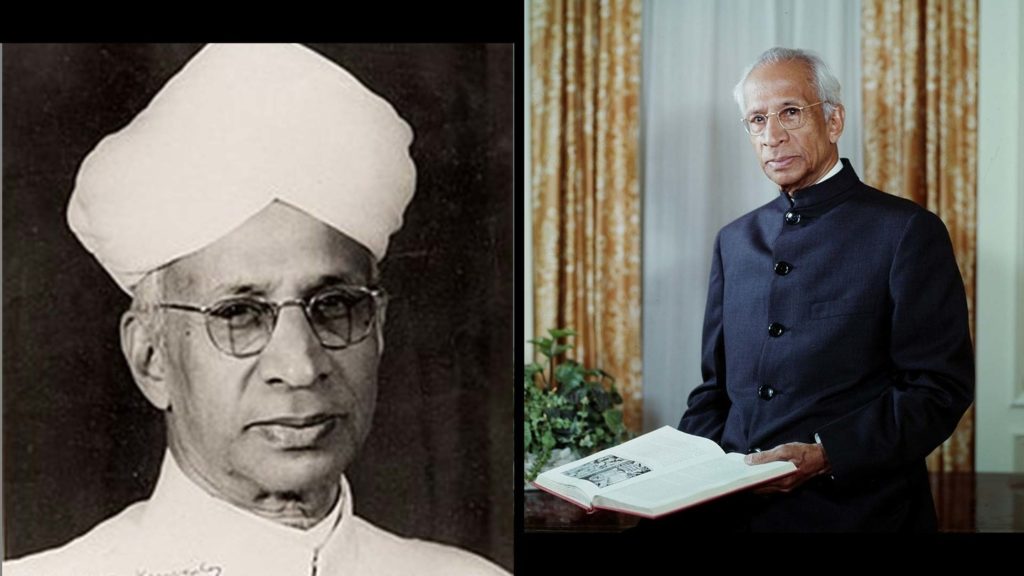 He was born in 1888 in Madras in a very poor Brahmin Family. Due to the poor economic status of his family, he completed his studies with the help and support of scholarship. He completed his early education from various missionary schools spread across the geographical boundaries of the city. Besides, he takes much interest in philosophy and completed his bachelor’s and masters’ degrees from philosophy.

After completing his M.A. degree he started working as an assistant lecturer in the Madras Presidency College. Also, he had an interest in religious mythologies and he mastered the class Hindu philosophy such as Bhagavad Gita, Brahmasutra, Commentaries of Sankara, Upanishads, Ramanuja, and Madhava. Besides these, he mastered many other classic Hindu philosophies too.

In addition, he was well familiar with the philosophies of Jain and Buddhist. Also, he was well aware of the thinkers of the western world.

Besides Bharat Ratna, he also won many awards throughout his life. He won the Templeton award which he donated to Oxford University. Furthermore, he also won the Peace Prize of the German Book Trade. In order to pay him honor forever, the university started Radhakrishnan Scholarship which they later renamed as Radhakrishnan Chevening Scholarship.

To sum it up we can say that, Dr. Sarvepalli Radhakrishnan was a great man who loved to teach. For his efforts in teaching, we celebrate his birthday as Teacher’s Day in India. Besides, he was a great teacher, philosopher, and author.

Q.1 Why we celebrate 5th September as Teachers day?
A.1 We celebrate teacher day on 5th September to remember the birth of our former president Dr. Sarvepalli Radhakrishnan. He was the scholar, promoter of education, and a teacher.

Q.2 How did Dr. Sarvepalli Radhakrishnan serve the country?
A.2 He serves the country by educating the students, as they are the future of the country.