Table of content
1 500+ Essay on Impact of Global Warming on Ocean
1.1 Increasing the temperature of Ocean
1.2 Deoxygenation due to Global Warming
1.3 Migration of Fishes
1.4 Ocean Current
1.5 Conclusion

500+ Essay on Impact of Global Warming on Ocean

Oceans are beautiful, but Global Warming is ruining them. Global warming is becoming one of the major problems for the whole world. It is affecting our health, reducing the life span of animals, and also impact oceans. In this essay on global warming, we will see how it impacts oceans.

Global warming is impacting oceans in many ways. It is decreasing the level of oxygen, increasing ocean temperature, changing the oceans current, and impacting the lives of many species and marine animals. Let us discuss these points one by one. 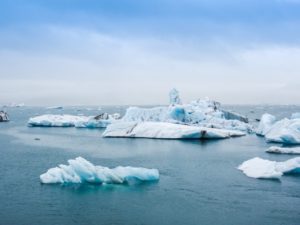 Increasing the temperature of Ocean

Global warming is increasing not only the temperature of the environment but also of oceans. Oceans are heating up more day by day, and this is the worst impact of global warming on oceans. In the last two decades, the temperature of oceans is increased by two times. This will impact the sea level of the ocean which will, in turn, affect the climate in a very bad way.

Deoxygenation due to Global Warming

Global warming increases the temperature of the water, which makes the water warm. And in warm water, oxygen is less soluble. Thus, oxygen in the ocean is reducing, which is known as Deoxygenation. Deoxygenation will, in turn, reduce the life span of fishes, and marine animals. Fishes will get lesser oxygen and will not be able to live longer. Furthermore, there are many people who are dependent on ocean and marine animals for their livelihood. Global warming is also affecting them indirectly.

Fishes are not comfortable with the higher temperature of oceans. They are not getting enough oxygen to live. What are they going to do? They will migrate from one place to another. Most fishes are now migrating towards the northern pole because of deoxygenation and the increasing temperature of the ocean. This will impact a lot of things.

Global warming is the first world problem that needs to be solved quickly. We need to stop water waste, use public transport instead of private transport, make the use of renewable energy more and more. There are a lot of things we humans can do to stop global warming. But we all need to unite, form strict rules and regulations and follow it.

If we do not stop global warming today it will affect our lives and lives of future generations. If we want to make sure our future generation live their life happily and peacefully we need to maintain discipline and contribute as much as we can in stopping Global warming.

Keeping the world clean and green should be the motto of each and every human on earth. We need to educate people more about how to fight global warming. The more people will discover and realize they are making mistakes, they will stop doing it. If we all unite together, we can stop global warming!