The English Language is becoming more and more common in the world. As a result, increasingly people are dedicating time to study English as their second language. In fact, many countries include it in their school syllabus to teach children this language from a young age. However, the true value of this language is that it helps remove many barriers from our life. Whether it is to find a new job or travel the world. In other words, it helps to progress in life both on a personal and professional level. Thus, the Importance of English Language Essay will help you understand all about it. 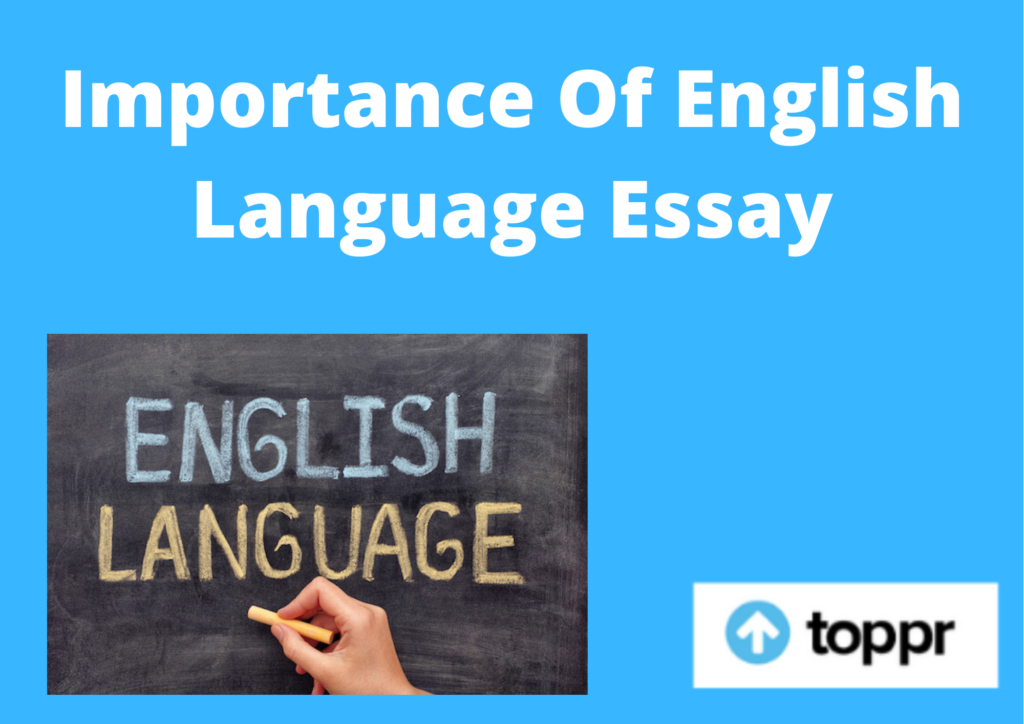 Language is our major means of communication; it is how we share our thoughts with others. A language’s secondary purpose is to convey someone’s sentiments, emotions, or attitudes. English is one such language in the world that satisfies both the above purposes. English has been regarded as the first global Lingua Franca. It has become part and parcel of almost every existing field. We use it as the international language to communicate in many fields ranging from business to entertainment.

Many countries teach and encourage youngsters to acquire English as a second language. Even in nations where English is not an official language, many science and engineering curriculum are written in English.

English abilities will most certainly aid you in any business endeavours you choose to pursue. Many large corporations will only hire professional employees after determining whether or not they speak good English. Given the language’s prominence, English language classes will be advantageous to you if you want to work for a multinational organization and will teach you the communication skills needed to network with professionals in your area or enhance your career.

The English Language opens an ocean of career opportunities to those who speak this language anywhere in the world. Similarly, it has turned into an inevitable requirement for various fields and professions like medicine, computing and more.

In the fast-evolving world, it is essential to have a common language that we can understand to make the best use of the data and information available. As a result, the English Language has become a storehouse of various knowledge ranging from social to political fields.

Reasons to Learn the English Language

Further, learning the English Language can help in getting a job easily. As it has become the language of many fields, it automatically increases the chances of landing a good job in a good company.

In addition, it helps with meeting new people. As it is the official language of 53 countries, learning it helps to break the language barriers. Most importantly, it is also the language of the Internet.

Another important reason to learn this language is that it makes travelling easier. Being a widely used language globally, it will help you connect with people easily. Similarly, it is also essential in the world of business.

It does not matter whether you are an employee or employer, it benefits everyone. Students who wish to study abroad must definitely study this language. Many countries use their schools and universities. So, it can offer a good opportunity for students.

Why and where do we need the English language?

Question 1: How does the English Language help you get a job?

Answer 1: the English Language is the language of many things like science, aviation, computers, diplomacy, and tourism. Thus, if you know English, it will increase your chances of landing a good job in an international company.

Question 2: Does the English Language help in connecting with people globally?

Answer 2: Yes, it does. It is because English is the official language of 53 countries and we use it as a lingua franca (a mutually known language) by people from all over the world. This means that studying English can help us have a conversation with people on a global level.