Politics, simply speaking, refers to the activities surrounding a country’s governance. In the context of a large democratic country like India, politics becomes really complicated. This Indian politics essay will throw light on the politics of India. 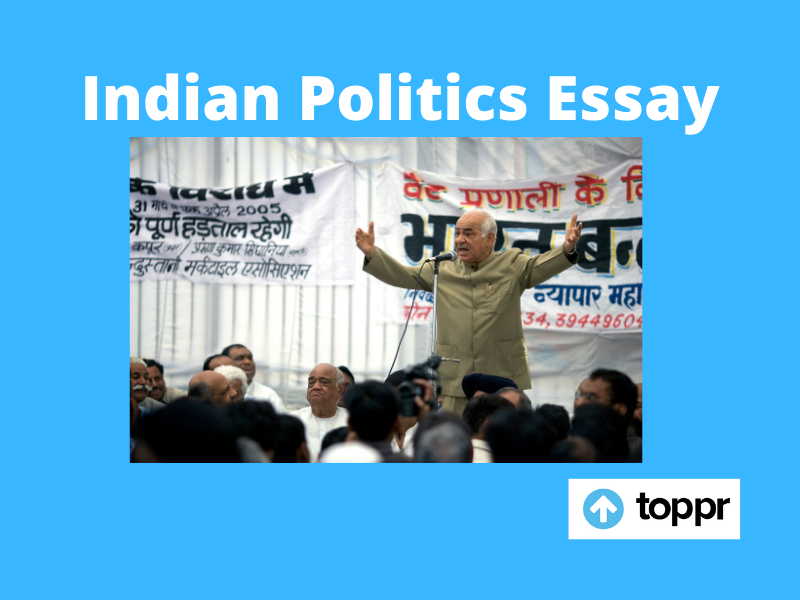 Politics in India, like any other democratic country, involves the ruling party and the opposition. In India, the formation of political parties has taken place on the basis of ideology. Moreover, the Indian political parties belong to the left and the right political spectrum.

There are no definitions of left-right politics anywhere in the Indian constitution. Furthermore, these terms were given by commentators, authors, and journalists. Also, it has been witnessed in India that some politicians can change their political party and ideology.

Indeed for a stable democracy, it is necessary that both political ideologies, the right and left, operate side by side. As such, some times, the country may be under rightist influence while leftist ideals may dominate at another time. The two major political parties in India, BJP and Congress, clearly demonstrate the two different political spectrums of right and left respectively.

The political system of India suffers due to the clash of different political ideologies. Furthermore, such clashes can turn out to be quite ugly. Most noteworthy, such clashes are detrimental to the development of the country as a whole.

Various other problems affect Indian politics like hatred, injustice, corruption, greed, and bigotry. Due to all these problems, Indian politics is called a dirty game. Such problems can also force many intellectual and eminent individuals to stay away from Indian politics.

Sometimes the Indian politicians may choose a political party, not because of the ideological stance, but rather due to the winning probability in the elections. This is a really sad reality of Indian politics. Moreover, it shows that such politicians care more about their own personal interests rather than the interests of the common people.

Indian politics is a colourful drama and, according to some, its the great circus of the country. Despite such negative connotations, no one can doubt the enormously important role that politics has played in India. Most noteworthy, it is a crucial aspect of Indian democracy.

Question 1: How many political parties are there in India?

Question 2: What are the two most powerful political parties in India?

Answer 2: The two most powerful political parties in India are the Bharatiya Janata Party and the Indian National Congress or Congress or INC. Furthermore, BJP is the leading right-wing party while Congress is the leading centrist/leftist party in India.