Essay on Democracy vs Dictatorship 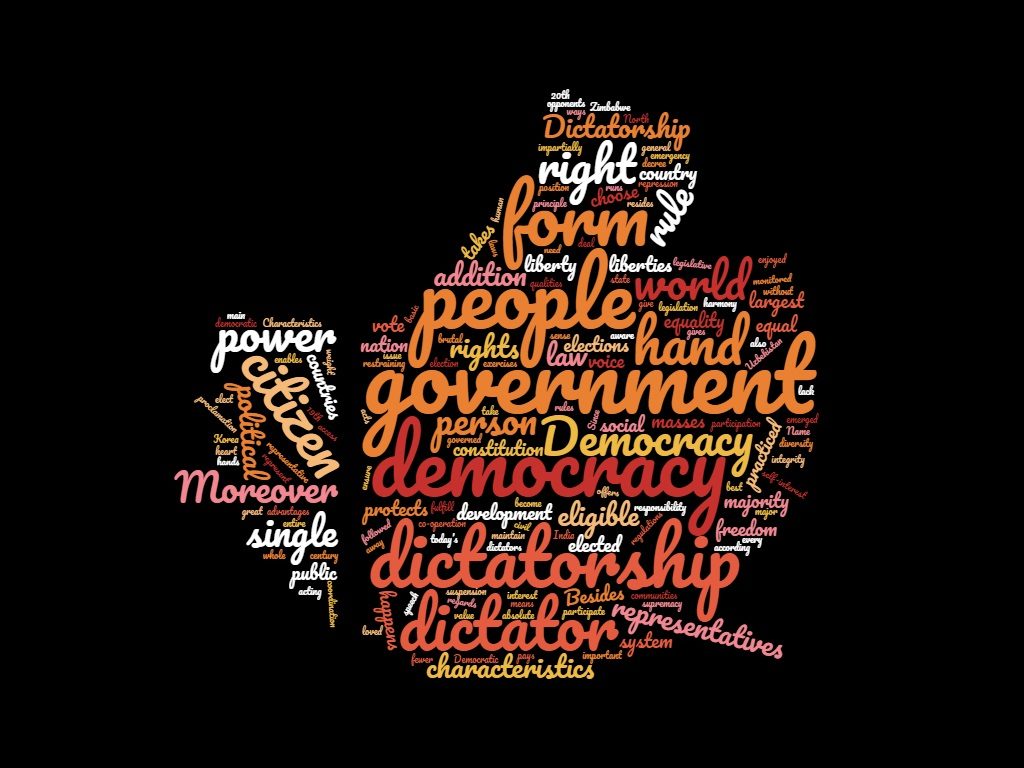 Moreover, public participation is very important in a democratic system also the citizen of the country participate and are aware of social issues and their right to vote. Furthermore, there is a sense of responsibility in the people.

Besides, the representatives are elected by means of elections and they are monitored impartially to ensure system integrity.

There are some basic qualities or characteristics of democracy that are equality, political freedom, and the rule of law. Moreover, democracy runs over the principle of majority rule. Furthermore, the eligible people have access to the legislative and are equal before the law.

In addition, every eligible citizen vote has equal weight and value. Also, the constitution protects the liberties and right of the citizen of the country.
Moreover, the constitution protects human rights through coordination and co-operation. And it offers to represent the diversity of all communities. Besides, equality is the heart of democracy.

What is a Dictatorship?

It is a form of government in which absolute power is in the hands of the dictator. Also, the dictator exercises this power in his self-interest. Furthermore, the dictator acts like the whole nation itself.

The main characteristics of dictatorship are the suspension of the election, rule by decree, lack of civil liberties, repression of political opponents, and proclamation of the state of emergency without acting in harmony with the rule of law.

Furthermore, dictators take advantage of their position. They do so by restraining the freedom of speech of the citizen. Also, they do so to maintain their political and social supremacy.

Moreover, a single person (dictator) makes the law so at times they become brutal for the masses. Most noteworthy, the dictator pays fewer regards to the rights of the people.

FAQs on Democracy vs Dictatorship

Q.1 Name some countries where dictatorship is practiced.
A.1 In today’s world countries like North Korea, Uzbekistan, and Zimbabwe practice dictatorship.