500+ Words Essay on Romeo And Juliet

Romeo and Juliet is the most famous love tragedy written by William Shakespeare. This is a story of love and fate. Furthermore, the basis of this tragic love story is the Old Italian tale translated into English in the sixteenth century. The story is about two young star-crossed lovers whose death results in reconcile between their feuding families. Moreover, Romeo and Juliet is among the most frequently performed plays by Shakespeare. 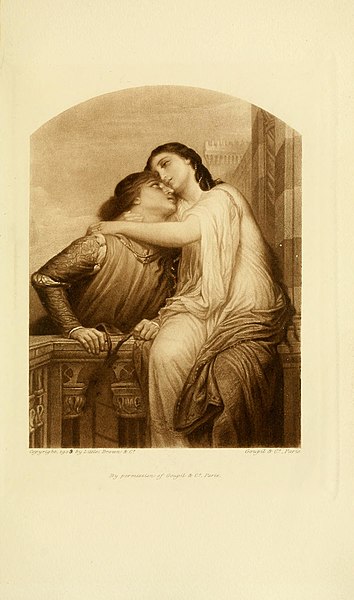 Lessons of Love from Romeo and Juliet

First of all, Romeo and Juliet teach us that love is blind. Romeo and Juliet belonged to two influential families. Furthermore, these two families were engaged in a big feud among themselves. However, against all odds, Romeo and Juliet find each other and fall in love. Most noteworthy, they are blind to the fact that they are from rival families. They strive to be together in spite of the threat of hate between their families.

Another important lesson is that love brings out the best in us. Most noteworthy, Romeo and Juliet were very different characters by the end of the story than in the beginning. Romeo was suffering from depression before he met Juliet. Furthermore, Juliet was an innocent timid girl. Juliet was forced into marriage against her will by her parents. After falling in love, the personalities of these characters changed in positive ways. Romeo becomes a deeply passionate lover and Juliet becomes a confident woman.

Life without love is certainly not worth living. Later in the story, Romeo learns that his beloved Juliet is dead. At this moment Romeo felt a heart-shattering moment. Romeo then gets extremely sad and drinks poison. However, Juliet was alive and wakes up to see Romeo dead. Juliet then immediately decides to kill herself due to this massive heartbreak. Hence, both lovers believed that life without love is not worth living.

Legacy of Romeo and Juliet

Romeo and Juliet are probably the most popular romantic fictional characters. They have been an inspiration for lovers around the world for centuries. Most noteworthy, the story depicts the struggle of the couple against a patriarchal society. People will always consider Romeo and Juliet as archetypal young lovers.

Q1 State any one lesson of love from Romeo and Juliet?

A1 One lesson of love from Romeo and Juliet is that love brings out the best in us.

Q2 What makes Romeo and Juliet unique in literature?

A2 Romeo and Juliet made romance as a worthy topic for tragedy. This is what makes it unique.