Demonetization will lead to fewer instances of tax avoidance. This certainly is a massive advantage of demonetization. Money that is deposited will be taken track of by income tax authorities. Therefore, people will hesitate to use tax avoidance tactics. Furthermore, the loan transaction will also be under scrutiny. Consequently, there would be an increase in the flow of taxes. This would certainly result in government undertaking more public welfare measures.

Cash shortage is a natural consequence of demonetization. The scarcity of cash can certainly lead to chaos. This is exactly what took place during the 2016 Indian banknote demonetization. Furthermore, people face various difficulties in depositing or exchanging the demonetized banknotes. Also, the ATM’s can run short of cash for many weeks or months.

Rural areas face huge trouble due to demonetization. This is because rural areas and the agricultural sector highly depend upon cash. Furthermore, these people lack the financial literacy to handle the situation. Moreover, most people in such areas are ignorant of computing technology and the cashless economy.

To sum it up, demonetization is certainly a revolutionary step in a country’s economic system. It is something that has been practiced by countries from time to time. Furthermore, the objectives for demonetization remain more or less the same the world over. Most noteworthy, the decision to demonetize should come by keeping the national interests at the forefront.

Demonetization happens when a government legally bans the coins and notes of a certain denomination. The currency which is banned may or may not be replaced by the new currency. The aim of Demonetization is to target multiple problems like illegal activities and their funding source, terrorism, tax evasion, and counterfeit currency. 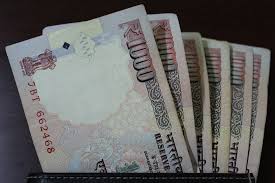 Demonetization has long term effects on a nation’s economy. The people in the rural areas who did not have access to internet and plastic money were majorly affected. Since centuries, governments have been using it as a tool to reduce corruption and other illegal activities. Thus, Demonetization boosts a nation’s economy by removing fake currencies and bringing black money into the mainstream.

Positive Effect of Demonetization on Economy

Many of cash-driven small industries are left starving. Many manufacturing industries suffered huge losses thereby impacting the economy of the country negatively. Also, many factories and shops had to be shut down. This did not only impact the businesses but also their workers. Thus, several people, especially the laborers, lost their jobs.

There is a shortage of cash as old money is exchanged with the banks. The government was blamed for poor planning and management. Indian National League also filed a Public Interest Litigation (PIL), in Madras High court, requesting to scrap the demonetization decision. however, the Court refused to intervene in the government’s monetary decision.

Since the past century governments across the world were taking the decisions of demonetization. Though the currency which was demonetized may differ, the objectives largely have remained the same means to remove black money, stop illegal activities, bring currency into the mainstream. The decision of demonetization was taken by keeping the national interests in priority. Though the decision might have caused inconvenience to the general population, it definitely had the national interest and economic growth at its core.