Slavery is a term that signifies the injustice that is being carried out against humans since the 1600s. Whenever this word comes up, usually people picture rich white people ruling over black people. However, that is not the only case to exist. After a profound study, historians found evidence that suggested the presence of slavery in almost every culture. It was not essentially in the form of people working in the fields, but other forms. Slavery generally happens due to the division of levels amongst humans in a society. It still exists in various parts of the world. It may not necessarily be that hard-core, nonetheless, it happens. 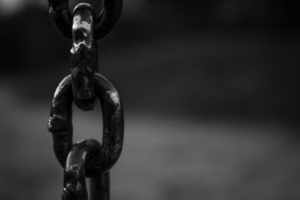 Slavery is one of the main causes behind racism in most of the cultures. It did severe damage to the race relations of America where a rift was formed between the whites and blacks.

The impact of Slavery has caused irreparable damage which can be seen to date. Even after the abolishment of slavery in the 1800s in America, racial tensions remained amongst the citizens.

In other words, this made them drift apart from each other instead of coming close. Slavery also gave birth to White supremacy which made people think they are inherently superior just because of their skin color and descendant.

Talking about the other forms of slavery, human trafficking did tremendous damage. It is a social evil which operates even today, ruining hundreds and thousands of innocent lives. Slavery is the sole cause which gave birth to all this.

Even though slavery was abolished over 150 years ago, the scars still remain. The enslaved still haven’t forgotten the struggles of their ancestors. It lives on in their hearts which has made them defensive more than usual. They resent the people whose ancestors brought it down on their lineage.

Even today many people of color are a victim of racism in the 21st century. For instance, black people face far more severe punishments than a white man. They are ridiculed for their skin color even today. There is a desperate need to overcome slavery and all its manifestations for the condition and security of all citizens irrespective of race, religion, social, and economic position.

In short, slavery never did any good to any human being, of the majority nor minority. It further divided us as humans and put tags on one another. Times are changing and so are people’s mindsets.

One needs to be socially aware of these evils lurking in our society in different forms. We must come together as one to fight it off. Every citizen has the duty to make the world a safer place for every human being to live in.