Religion is a matter of personal beliefs and values. And that is why choosing a religion is considered as a fundamental right in India under the act, right to freedom of religion. If anyone believes in any particular religion than it does not affect anyone particularly. Thus, there are many constitutions in the world that give you the right to the freedom of religion.

Right to Freedom of Religion

The laws of these countries are also made up in such a way that you can exercise the religion of your choice. In India, under the articles from 25 to 28 each and every individual has a right to freedom of religion. He/she can practice their own religion without troubling others. 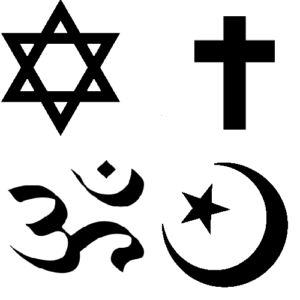 As described earlier, this right is given to the citizens under the articles 25-28 of part 3 of the Indian constitution. So, this right given to everyone has explained by the Supreme Court of India. Also, it says being secular is neither pro-God or anti-God, it is irrespective of the atheist, the antagonistic, and the devout.

Thus, this right eliminates God from matters of a state and makes sure that no one is discriminated based on their religion and caste.

There have been different cultures practiced in India, for many years. India has been home to many religions and caste. Many people have come here and practiced and nurtured their own religion.

Thus, the freedom of right to religion holds greater importance in a country like India. Also, this right is very important and there are certain restrictions on it. This includes

Regulations related to any non-religious activity

Thus, there are times when necessary restrictions need to be imposed. So, for example, it is not permissible to take out a religious procession on a highway as a part of your religious right.

For many years, the married men whose personal law does not allow them to have multiple marriages have been resorting to illegal practices. Thus, they convert to Islam just for the sake of this.  Also, they don’t have to dissolve the previous marriage.

The highest court in India outlawed this practice. Also, you have to note that in article 27 of the Indian constitution, it states that no person will be compelled to pay the taxes. So, under this, the proceeds which are especially appropriate for the payments of promotion or maintenance of the religious activities are included.

Q. In India, the prohibition of discrimination under the grounds of race, caste, religion,  place of birth, or sex is a fundamental right. Thus, this right is classified under

A. Right to equality

B. Right to education

C. Right to freedom of religion

Answer: A. Right to equality

Q. Under the Indian constitution, the right to freedom of religion implies that the citizen of India

B. Can follow any religion other than the state religion

C. Can be appointed as a government official if he/she does not have faith in any religion.

D. Have the freedom to practice, propagate, or profess a religion of their liking.

Answer: D. Have the freedom to practice, propagate, or profess a religion of their liking.