India is a land of agriculture. In the rural area, agriculture is a chief occupation. In India, nearly 70% of the population depends on agriculture for their livelihoods. The climatic conditions in most parts of India are suitable for agriculture activities. Let’s find out more about Farming Seasons and Migration of Communities.

The crops grown between March and June are summer crops. Pakistan and Bangladesh are two other countries that are using the term ‘kharif’ and ‘rabi’ to describe their cropping patterns. The terms ‘kharif’ and ‘rabi’ originate from the Arabic language where Kharif means autumn and Rabi means spring. 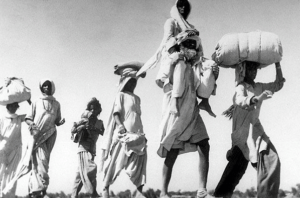 Farmers can be divided into different categories such as large farmers which have their own lands and use modern agricultural machinery and use types of equipment in their farms and hire people for cultivating the land.

The second type of farmers is small farmers who have their own smaller land than large farmers. As they do not earn much money, they grow crops to meet their family’s food requirements. They have to borrow money for seeds, fertilizers and other things which are required to cultivate their fields.

The third types of farmers are called Agricultural labourers which are landless farmers. They hardly produce enough crops to meet their family’s requirements. For regular income, they work on other farmer’s land.

Small farmers do not have sufficient money for their needs. Therefore, they are forced to borrow money from lenders (Mukadam) to cultivate their lands. Moneylender or Mukadam is an agent who lends money. He explains to villagers in which areas they would go for the next six months. He also gives them some money as a loan, for their expenses.

Farmers borrow money from money lenders. There are so many reasons behind it, such as poor irrigation or sometimes no rainfall, crop failure, for buying seeds and fertilizers or fulfil their other needs, they required money. So everyone borrows money from the Mukadam. To pay back this money, they have to work for Mukadam. This non-institutional credit has often more harmful than beneficial to the farmers.

After harvesting most of their crop goes in the settlement of the loan and with the little that is left, the family survive for a few months. For other months of the year, they have to find other work for their income and other expenses.

When villagers move from their villages to other places, they face many problems such as:

Q1: What are the different methods of irrigation in the farms?

Sol: The different methods of irrigation in the farms are through tube well, canals, wheel for water lifting, drip irrigation and rainfall.

On the Move Again

On the Move Again