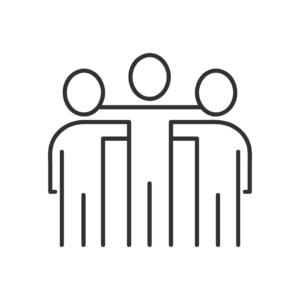 What is a group?

A group refers to two or more individuals who have come together with a common objective. The members of a group interact and are interdependent on each other with the view of achieving a particular objective. Groups are of 2 broad categories: formal group and informal group.

An organizational structure defines the formal groups with establishing a set of tasks and jobs. The main purpose of forming formal groups is to help the organization achieve certain objectives. Examples of formal groups are departmental teams, project groups who work as a group until the completion of the project, etc.

They are simply a group of people who have come together in an informal manner to achieve a particular goal. Examples of informal groups are family and related groups, friend groups, social peer groups, etc.

Why do people join groups?

People join groups and want to be a part of a group for one or more of the following reasons:

The 5 Stages of Group Formation

Tuckman was responsible for coining the 5 main stages in the process of group discussion. They are also known as Tuckman’s 5 stages of group development. Moreover, these stages of group formation are meant to be followed in the exact sequence as they are below:

This is a beginning stage and lasts only a few days (or weeks). Members begin by planning their work and their new roles. Moreover, the emotions here are positive. The groups should begin by learning about team processes in preparation for the rough times ahead.

However, it is crucial for them to learn the aspects of conflict resolution, communication, group decision-making and time management.

There exists a considerable amount of fights and arguments in this stage. People begin to feel the stress of frustration, resentment, and anger. Moreover, as the problem festers, the job remains undone.

Managers also experience frustration and are worried about the situation, thereby, are tempted to intervene. Members experience a drastic emotional roller coaster from elation to depression.

Conflicts are usually frowned upon. However, they are the definition of normal, natural, and even necessary events in an organization. It is critical for the group to handle it well because they are great in helping to build skill and confidence for the next stage

In the norming stage, the group works through individual and social issues. The group establishes its own norms of behaviour and begin to trust each other. Moreover, as the group develops interpersonal skills, it becomes all the more skilled.

Members begin the art and knack of problem-solving. They also cross-train and learn new and adequate job skills. This stage usually lasts for 4-12 months.

Apart from the stages of group formation, to know about the formation of a business/company, Click Here

Question on Stages of Group Formation

Q. Why is ‘the adjourning phase’ a critical phase in the formation of a group?

Answer: Similar to how after a corporate meeting, it is important to establish normalcy in operations, adjourning a group is crucial. A group is formed through collective efforts of forming, norming, storming and performing.

However, adjourning a group completes the group formation. It shows that the group has been successful in completing its pre-determined objective.