An institution that provides services like accepting the deposits, providing business loans, and offering basic investment products is known as the commercial banks. It is largely a division of a large bank which deals with loan and deposit services provided to large and small size businesses. Thus, there are many functions of commercial banks in India. Mainly there are two functions, primary and secondary. 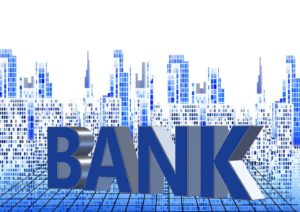 The major source of funds in the bank’s deposits. This deposit consists only of money and not of any assets. For these deposits held, the commercial banks provide the interest.

Thus, it helps in the mobilizing of the savings. For the deposits, there are a variety of options available. These include current account, savings account, recurring accounts, and fixed deposit accounts.

This is another primary function of commercial banks. When a bank receives the money, a certain part of it is deposited in the reserves. While the remaining is dispatched in the form of loans.

There are two types of loans advanced by the banks. These are money at call and discounting of the bills. Money at call is a loan given for a very short period of time.

This generally varies from 1 to 14 days. Discounting of the bills means the advance payment of loan reflected against repayment in the future.

Whenever a loan or credit is provided to the customer, he/she is not given any cash. In fact, a bank account is opened in the name of that person and amount is transferred to that account. Through this process, the bank is able to create money.

A Cheque for paying the funds

A customer uses cheque as a negotiable instrument at the times of payment. This is one of the functions of the bank. So, in this, the bank offers a facility of having the cheques to the customer. It is also a main credit instrument in the banking world.

Apart from performing the primary functions, banks use a number of useful services for their customers. They act as an agent for the following functions. The other functions of commercial banks include utility functions and agency functions.

Paying and Collecting the Credit

The commercial banks use various instruments like a bill of exchange, cheques, promissory notes and many more. As this is used as a negotiable instrument in the bank.

Purchasing and Selling of the Securities

For this function, banks give you a facility for purchasing and selling the securities.

The commercial banks trade with many countries in the world. They trade in gold and silver and provides the same facility for their customers.

This is the function that the commercial banks provide. Thus, they remit the funds on behalf 0f their customers from one place to another.

Commercial banks are primarily an information bureau, that collects the economic, statistical, and financial data related to the trade, commerce, and industry.

Lockers are provided to the customers by banks. In these lockers, people can keep their jewelry and other important documents. For this, the banks charge a very nominal annual fee.

Commercial banks also provide the facility of merchant banking services to the customers. Thus, they are authorized to avail the loans for non-banking firms under this.