Currently, the Indian banking system is divided into commercial banks, cooperative banks, regional banks, etc. In commercial banks, there are two types of banks, public banks, and private banks. The important event in the history of Indian banks is the nationalization of banks. This made the way for India to become the leading economies of the world. In this article, we will give you a brief on the nationalization of banks in India. 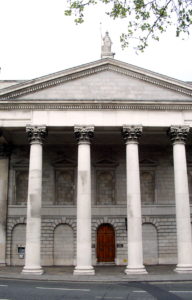 There are three phenomena in which banking in India can be divided. The pre-Independence phase which is before 1947. The second phase – 1947 to 1991. And the third phase from 1991 and beyond.

In the first phase, the banking system in India was established. Thus, it began with the foundation of the Bank of Hindustan in 1770.

It operated till 1832. There were many banks which were a success and still continue to lead. These were Allahabad bank, Bank of India, Punjab national bank, etc. Thus, the main event during this time was the merger of banks.

The second phase is broadly known as the nationalization of banks in India. Thus, considering the economic planning, this phase was the foundation for today’s economic condition.

The third phase was marked by the development of banks. This was due to the liberalization of economic policies. Many large and private banks came into the picture during this time.

Learn more about History of Banking in India here in more detail.

The Nationalization of Banks

The first bank in India to be nationalized was the Reserve Bank of India which happened in January 1949. Further, 14 other banks were nationalized in July 1969.

The needs for nationalization of banks arose due to many reasons. These were catering to the needs of big business houses and large industries.

Further, sectors such as exports, agriculture, and the small-scale industries were lagging behind. The moneylenders used to export the poor masses in India. These all were taken into consideration during the nationalization of banks.

Also, for a rural section of India, the regional rural banks (RRBs) were formed. The objective was to serve large masses of the unreserved rural population.

Further, the specific requirements of sectors like foreign trade, housing, and agriculture were met. This was met by establishing NABARD, NHB, SIDBI, and EXIM.

Due to the nationalization of banks, the efficiency of the banking system in India improved. This also boosted the confidence of the public in banks.

The sectors that were lagging behind like small-scale industries and agriculture got a boost. This led to an increase in funds and thus increase in the economic growth of India.

The nationalization of banks also increased the penetration of banks. This was mainly seen in the rural areas of India.

Q. In the year 1969, how many banks in India were nationalized?

Q. The nationalization of banks in 1980 included how many banks?