The existing banking structure in India evolved over several decades, is elaborate and has been serving the credit and banking services needs of the economy. There are multiple layers in today’s banking structure to cater to the specific and varied requirements of different customers and borrowers. The structure of banking in India played a major role in the mobilization of savings and promoting economic development. In the post-financial sector reforms (1991) phase, the performance and strength of the banking structure improved perceptibly. Financial soundness of the Indian commercial banking system compares favorably with most of the advanced and emerging countries.

Structure of Banking in India 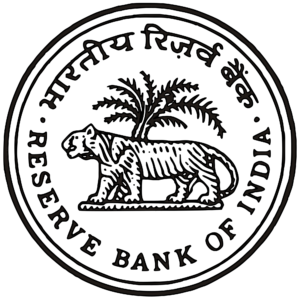 Origin of Banking in India

Banking in India is indeed as old as the Himalayas. But, the banking functions became an effective force only after the first decade of 20th century. Banking is an ancient business in India with some of oldest references in the writings of Manu. Bankers played an important role during the Mogul period. During the early part of East India Company era, agency houses were involved in banking. Modern banking (i.e. in the form of joint-stock companies) may be said to have had its beginnings in India as far back as in 1786, with the establishment of the General Bank of India.

The structure of banking system differs from country to country depending upon their economic conditions, political structure, and financial system. Banks can be classified on the basis of the volume of operations, business pattern and areas of operations. They are termed as a system of banking. The commonly identified systems are:

Unit banking is originated and developed in the U.S.A. In this system, small independent banks are functioning in a limited area or in a single town . It has its own board of directors and stockholders. It is also called as “localized Banking”.

The Banking system of England originally offered an example of the branch banking system, where each commercial bank has a network of branches spread throughout the country.

The correspondent banking system is developed to remove the difficulties in the unit banking system. The smaller banks deposit their cash reserve with bigger banks.

Group Banking is the system in which two or more independently incorporated banks are brought under the control of a holding company. The holding company may or may not be a banking company. Under group banking, the individual banks may be unit banks, or banks operating branches or a combination of the two.

It refers to the efforts of a bank to promote personal contacts and to keep continuous touch with customers who are very valuable to the bank. In order to retain such profitable accounts with the bank or to attract new accounts, it is necessary for the bank to serve their needs by maintaining a close relationship with such customers.

A bank may be concentrating only on the collection of deposits and lend or invest the money within a particular region or certain chosen activity like investing the funds only in Government Securities. This type of restricted minimum banking activity is referred to as ‘Narrow Banking’.

In order to provide adequate and timely credits to small borrowers in rural and semi-urban areas, Central Government set up Regional Banks, known as Regional Rural Banks all over India jointly with State Governments and some Commercial Banks.

With a view to bringing about a competitive environment and to overcome the deficiencies of Regional Banks, Government has permitted the establishment of one type of regional banks in rural and semi-urban centers under private sector known as “Local Area Banks”.

Wholesale or corporate banking refers to dealing with limited large-sized customers. Instead of maintaining thousands of small accounts and incurring huge transaction costs, under wholesale banking, the banks deal with large customers and keep only large accounts. These are mainly corporate customer.

Private or Personal Banking is banking with people — rich individuals instead of banking with corporate clients. It attends to the need of individual customers, their preferences and the products or services needed by them. This may include all-around personal services like maintaining accounts, loans, foreign currency requirements, investment guidance, etc.

Retail banking is a major form of commercial banking but mainly targeted to consumers rather than corporate clients. It is the method of banks’ approach to the customers for sale of their products.

Q 1: The following is true for in wholesale banking:

A) It mainly targets to consumers rather than corporate clients.

C) The banks deal with large customers and keep only large accounts.

D) These banks help to develop the regional economy.

Ans: C) The banks deal with large customers and keep only large accounts.