Transactions are a very important part of businesses. There are many documents which are required for these transactions. These documents are used for transactions as well as transferring from one person to the other. Thus, these documents in business terms are called the negotiable instrument. Cheques, bill of exchange, bank draft, etc are some of the examples of these instruments. 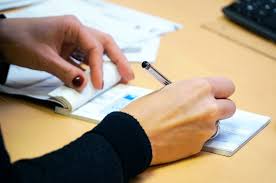 The negotiable instruments guarantee the payment of an amount done on demand or on a set time with the name of the paper usually on the document. In banking, the banknotes are termed as the promissory notes. Thus, this note is made by the bank and is payable to the bearer of this demand.

Some of the common features of these negotiable instruments are as follows:

As discussed above, there are many types of negotiable instruments in the market. They are as given below:

This deals in commercial markets. They are drawn either by the seller or the drawer and it is drawn by the drawer of the goods of the buyer in place of the value for the goods delivered.

They are also called trade bills. When these bills are accepted by the commercial banks, they are called commercial bills.

Learn more about Functions of Commerical Banks here in detail.

This is considered as a legal document between the borrower and the lender. Through this document, the lender agrees to certain conditions regarding the money which is borrowed.

Whenever someone borrows the money from commercial banks then they have to sign a promissory note. Thus, these notes can also be bought and sold. This only happens in some countries and it is issued by large companies.

There are many forms of cheque available as the negotiable instruments in the market. The cheque is also known as the bill of exchange.

It orders the bank to pay a specified amount to a person’s account from a person who has issued the cheque. Blank cheque, order cheque, bearer cheque, etc are the different types of the cheque.

Commercial paper is also issued in the form of promissory note. It can be sold directly by the issuer to the investors. It can also be transferred to the borrowers through agents.

These instruments can only be issued in multiples of 5 lakhs and thereafter. The maturity period varies from one week until one year.

Treasury bills are also known as T-bills. It is a short-term instrument for borrowing for the government. For these bills, the tender is issued in the money market and various government departments.

Thus, for this, tenders are invited weekly from brokers and bankers. It provides the government a very cheap way to borrow the money in the times of fluctuating cash and further it also provides the security for the transaction. Furthermore, the RBI which is the banker for government provides these bills at a discount rate.

These are also the bills of exchange. So, in this, the bank’s orders one its branch to repay the money to a person or to his order. For this, the banks charge a nominal fee.

Q. From the list given below, which of these is not a negotiable instrument?

B. Bill of exchange