When companies are in need of capital they turn towards capital markets to fulfill their needs. This is because capital markets are the flexible, major, responsive source of funds. Thus, there is a need to transfer the shares electronically so that it can reduce the paperwork. This is where the depository system comes into the picture. 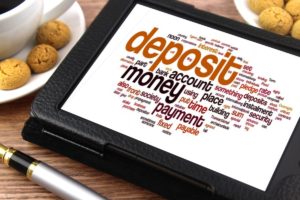 The depository is nothing but an organization where securities of the shareholders are kept. It is kept there in the form of electronic. It is just like a bank but useful only for securities.

Thus, whenever an investor wishes to avail the service, he/she can opt for the service by opening an account. After the process is done the ownership of securities can be legally transferred to the beneficiary.

Objectives of the Depository System

Key features of the Depository System in India

The model adopted in India for depository model helps with the dematerialization of securities. This is similar to the holding of funds in the banks. Also, the transfer of ownership occurs through simple account transfers. Thus, this method reduces all the risks that are associated with the paperwork.

The depository model which is adopted in India has a competitive multi depository system in it. Also, a depository should have been a company formed under the companies act, 2013.

Furthermore, it should also be granted SEBI registration certificate. Currently, in India, there are two different kinds of depositories. They are NSDL – National securities depository limited and CSDL – Central depository service limited.

Fungibility, in general terms, is good for interchangeability of assets with other similar assets or goods. The assets that have this property simplifies the trade and exchange process. As this is an assumption in interchangeability that all the goods are of the same class.

Thus, many diverse assets are considered to be fungible. For the depository system, the securities that are dematerialized does are not identified using certificate numbers or distinctive numbers. Thus, every security is identified and classified in the same class.

Q. Depository as a company is formed and registered under which act?

Q. Which of the following acts given below does not form a governing body of depositories?