The Capital Markets of the world are different than those from India. The global financial system is vast and varied. It consists of many different types of financial institutions, as well as financial markets in stocks, bonds, commodities, and derivatives. Let us learn more about them.

What is a Capital Market?

The Capital Market is the marketplace where financial investments (normally of a long-term nature) can be acquired or disposed off. The term is used in the plural to signify separate market segments for various types of financial investments. The stock exchange (also referred to as the stock market) is where shares and bonds issued by
business entities (companies) are traded. There is sub-category called the Money Market, which is normally
the market for acquiring or disposing of very short-term financial investments but will include inter-bank
placement of very short-term deposits and dealings in currencies too.

Let us see some more terms that will come in handy later on.

In the first capacity, we participate in the ownership of the business and have an equitable right (legally enforceable right) in the business, to the extent of our share in it. Thus we become an “equity” or “share” holder – both terms are synonymous in the investment parlance. As an equity investor, we are entitled to distribution of profits and in the event, the business is liquidated at some stage, we are entitled to our share of the net assets left over.

In this case, we have a debt that we have to recover from the business in accordance with an agreed repayment schedule and we are entitled to compensation for the use of our money (interest, by whatever name called). The money we invest in government and banks is also in the category of debt. From the point of view of the borrowing entity, we are a creditor and we rank senior to equity in the event of liquidation i.e. creditors will be paid off first and whatever is left over after that will go to the equity holders (owners). 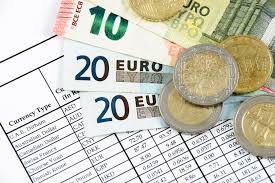 Investments can be in various forms, some of these are real estate, business enterprises, precious metals and stones, valuable works of art, financial investments etc. Some forms of investment may have a non-financial reward too, such as aesthetic or emotional pleasure from works of art, jewellery, house property etc., but in most cases, we strive to at least retain the purchasing power of our savings (i.e. beat inflation) and preferably come out ahead.

As opposed to physical assets, financial investments are generally a right or an entitlement to receive money (or streams of money). The Financial investments themselves are in two broad categories – direct investments, that we hand over to an obligor (the party that uses our money) and get back our entitlement (dividends, interest, principal etc.) from the obligor (Examples are bank deposits and investments in the National Savings Schemes) and market-based investments that we (normally but not always) take over from some other investor; and when we want to encash our investment, we find someone in the market to take over our investment from us.

Timeline Of Markets In Major Economies

A) The Capital Market is the marketplace where financial investments are done.

B) The global capital market involves 46,000 traded stocks worth over $54 trillion.

C) A toothbrush is a form of investment.

D) The financial investments have to be in the form of some currency.

Ans: D) The financial investments have to be in the form of some currency.