Defense is a major part of any country. Thus, every country tries and devotes half of its budget in defense. So, there are joint military exercises happening which benefits both the participating nations. Thus, in this article, we will discuss some of the important joint exercises in India like Indra and Maitree. Also, these exercises are important from learning as well as the strategic point of view for both the nations. 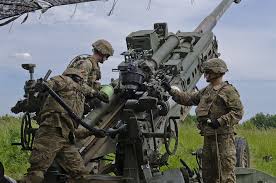 A military exercise is when the army uses its resources for exploring and training purposes. Also, in terms of its military strength, India is the 4th strongest country in the world.

Thus, it becomes important for India to maintain this position and keep it strong.

Also, there should be coordination between three military forces of India which are Army, navy, and air force. Also, from the exam point of view, these exercises are very important.

So, we have divided these exercises into two parts as given below. Thus, it will be easier for you to understand.

Learn more about Comptroller and Auditor General of India here in detail.

Q. Between which two nations are Shakti exercise held?

A. Myanmar and India

B. Bangladesh and India

D. The UK and India

A. Russia and India

Answer: B. Kazhakstan and India