Policies of The RBI

The RBI commenced its operations in the year 1935, on April 1st, under the Reserve Bank of India Act. After India’s independence, the RBI was nationalized on January 1st, 1949.  It also regulates the currency and credit systems in the country. The RBI has its headquarters in Mumbai. Structure of the RBI

The current RBI governor is Mr. Urijit Patel, who has taken over from Mr. Raghuram Rajan in the year 2016. He is the 24th Governor of the RBI. Prior to taking up this role, he served as the Deputy Governor for some time. Mr. Patel worked for the IMF and also went on deputation from the IMF to the RBI, where he had an advisory role. Later, he became a Consultant to the Ministry of Finance, Government of India. He also worked in several high-level committees, some of which include Task Force on Direct Taxes, Prime Minister’s Task Force on Infrastructure, Group of Ministers on Telecom Matters, Committee on Civil Aviation Reforms, Expert Group on State Electricity Boards, High-Level Expert Group on Civil & Defense Services Pension System etc. 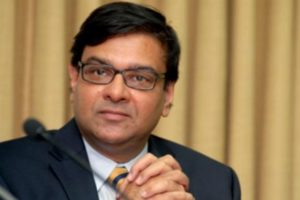 The Central Bank, the RBI formulates, implements and monitors the monetary policy.  In fact, the monetary policy and the fiscal policy are the two tools of macroeconomic policy. The monetary policy mainly ensures that there is price stability coupled with economic growth. The key areas that these policy targets are the interest rates, bank credits, and money supply.

Some of the objectives of the monetary policy include maintenance of price stability, ensuring adequate flow of credit to the productive sectors, expansion of credit facility, equitable distribution of credit, promotion of fixed deposits etc. The RBI also uses some tools to regulate the monetary policy. These include Open Market operations, Bank Rate, Cash Reserve Ratio (CRR), Statutory Liquidity Ratio (SLR), Repo rate, Reverse Repo rate etc. There are also some Qualitative instruments that the RBI uses which impact the money supply indirectly. 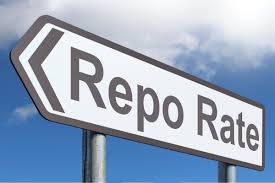 The RBI, its structure, functions, and monetary policy are some important topics from which you can expect questions in the different banking competitive exams.

Here are a few sample questions.

Ans. The Reserve Bank of India introduced the Banking Ombudsman scheme under Section 35 A of the Banking Regulation Act, 1949 in the year 1995.

Ans. Banks have been asked to upgrade the ATMs in order to prevent skimming and cloning of debit cards.